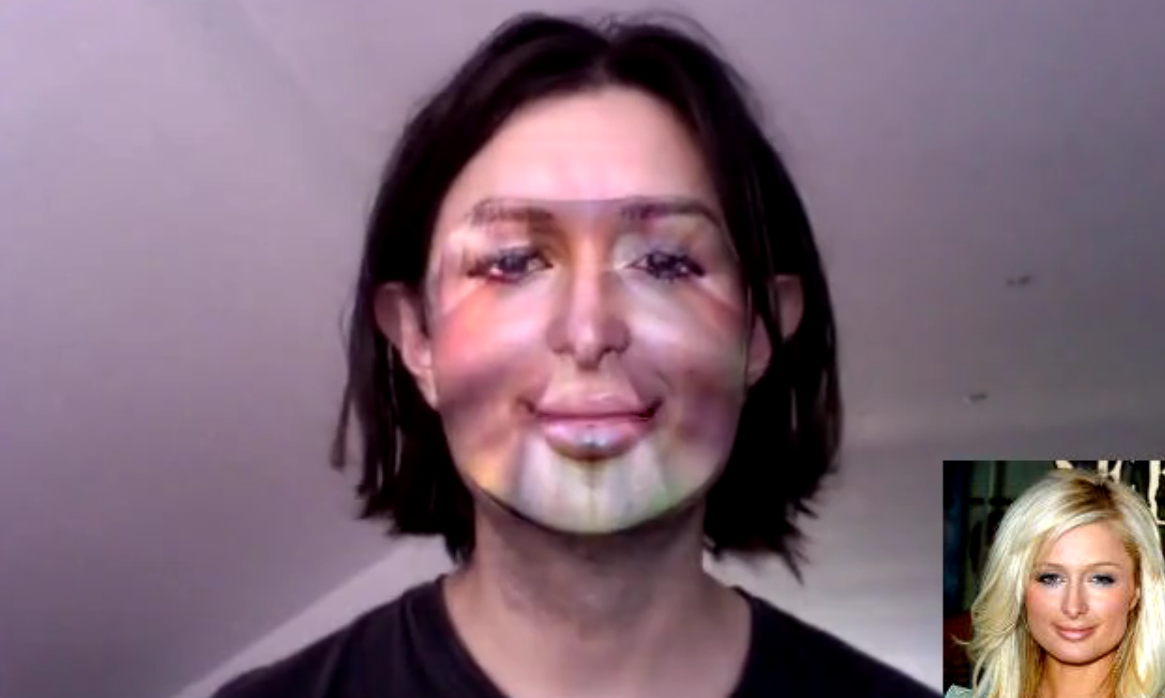 In the future, you may be walking down the street and not know what’s real and what’s not. You see beautiful people that all look like celebrities. But then the light catches his face just right, and you realize it’s just a projection. It’s 3D make up. It’s a digital face tattoo. It’s Cirque de Soleil 2.0. It’s scary, but it’s so cool.

Castro also used the image clone code​ of Kevin Atkinson, a coder at Weta Digital. “I imagine you could grab a face from another camera, and hence steal someone else’s face in real time,” says Atkinson. Castro says that idea was the very inspiration for his project. He also says that at this time cartoon faces don’t work so well. Just real people’s faces.