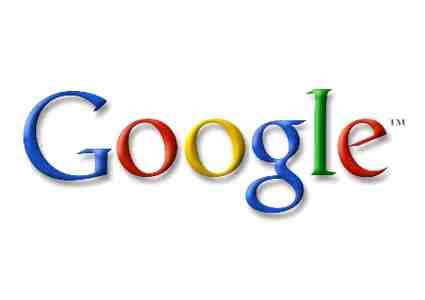 Explaining geekery to non-geeks can be a tiresome process.

But if we were to think of our gadgets, communication, and Internet use in terms of a city, it might just a an easy to describe each item we use (knowingly or otherwise) on a daily basis in layman’s terms.

We’ve put together a list of 14 tech terms which are usually bandied around and provided a simple explanation of each so that you can explain them to someone who isn’t necessarily familiar with all things tech.

For the non-geek, think of the Operating System as the suburb you choose to live in. It has certain characteristics and the architecture has a consistent feel to it. Without the land of the suburb available, nothing else else would exist. Windows, Mac OS X, and Linux are all operating systems.

A server is a computer which distributes information via a network. To put it in layman’s terms, in this geekified city, the server is like a power plant which gets all the important information out to different suburbs, buildings and apartments. The network can be visualized as electricity lines. A home or office network is like the electric wires that run through the walls in your house. You don’t see them, but just like the wires, they see to it that you’ve got electricity. Your network ‘wires’ make sure that you can can print a document from your computer or that you can transfer a file from one computer to another. The wire system can be limited to just your home, or it can extend far beyond that, connecting you all the way back to your power plant.

Every computer has an IP address which sets it apart from other computers on a network. In our scenario, you can compare your IP address to your phone number because that’s what your computer needs to communicate with web apps, as well as other computers and printers on the network.

The desktop is like your home, where you can store shortcuts to get to your browser, files and apps, and you make it pretty or suit your own taste by putting up your own wallpaper, or in other words, your decor.

An app  is like a building in a particular suburb. You can walk into the building and do all sorts of stuff. There are loads of buildings each with their own purpose. If you want to play a game, you can head over to the Angry Birds building, if you need to send an email, you go to the Outlook building.

Some apps work on Windows, OS X and Linux, and are called cross-platform app. In layman’s terms, you can think of it as a building with a branch in each suburb.

The GUI (short for Graphical User Interface), which is actually pronounced gooey, is geek speak for decor. In order to make an application easily usable, the GUI makes that possible. So rather than have to type commands, you can let the app know what you want it to do at the click of a button. Using the analogy of the building or apartment, the GUI is everything from the door handle which makes it possible to get in, to the light switches, curtains, and just about everything you use to interact in each room.

It’s pretty surprising how many people don’t know what a browser is. In layman’s terms, a browser is an app, so in our suburb, it’s a building, but in comparison to other apps, it’s a skyscraper, full of offices and departments where you can go in and do a ton of different stuff.

Short for Uniform Resource Locator, a website’s URL is an address, and can be described exactly as a business address, down to the suite number, since that’s what you need to get to the site or web app.

The firewall is probably one of the easiest things to describe in layman’s terms. It’s the virtual electric fence which stops malware from getting in.

A meme is the geeky equivalent of a happening night club – everybody wants to check it out, and they recommend it to all their friends. There’s been a lot of debate on how meme is pronounced with suggestions including meem, may-may and mee-mee. The consensus however is that it’s pronounced meem. Whatever you do, don’t pronounce it like this.)

We’ve recently featured the most disruptive gadgets in the past 10 year and the most disruptive thinkers in the tech scene in the past 30 years. Disruptive in this case is obviously a good thing. If we take it back to our city scenario, something disruptive changes the way we do things. The subway is probably the epitome of that concept because it completely changes your approach to transport, it’s underground, unexpected, and yet it works so well.

Can you think of any analogies that make it easy to translate geek speak into layman’s terms? Let us know about them in the comments.

Read next: The Guardian Launches in America