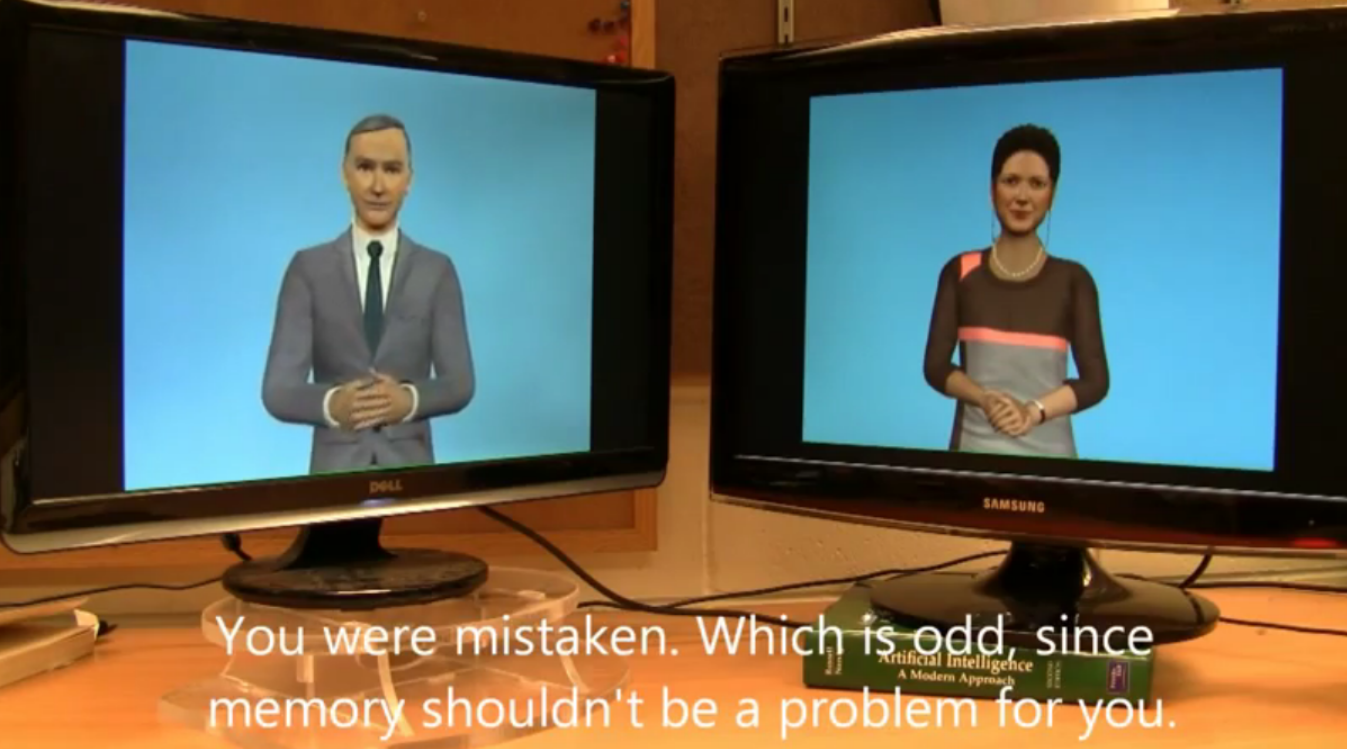 Researchers at Cornell University posted this video below of two artificially intelligent Chatbots aka Cleverbots talking to each other: “What happens when you let two bots have a conversation? We certainly never expected this… “

We’ve seen robots sensibly listen, take orders and talking to humans before. But conversation is typically dry and based on a set of commands. It’s all very if X than Y. Or if not X then not Y. What’s most amazing about this conversation is that it’s filled with humor (I am not a﻿ robot. I am a unicorn!), happiness, frustration and deceit- just like their human being programmers.

With a touch of hilarity, Walt Mosspuppet reports that “It’s like watching two tech reporters having a conversation.” Or more like, an average day in 4Chan if you ask me.

“Well, that﻿ was exactly what I expected,” said one YouTube commenter, “The woman was irrational and didn’t make any sense.”

Ha! What did you think of the video? Please share in the comments.