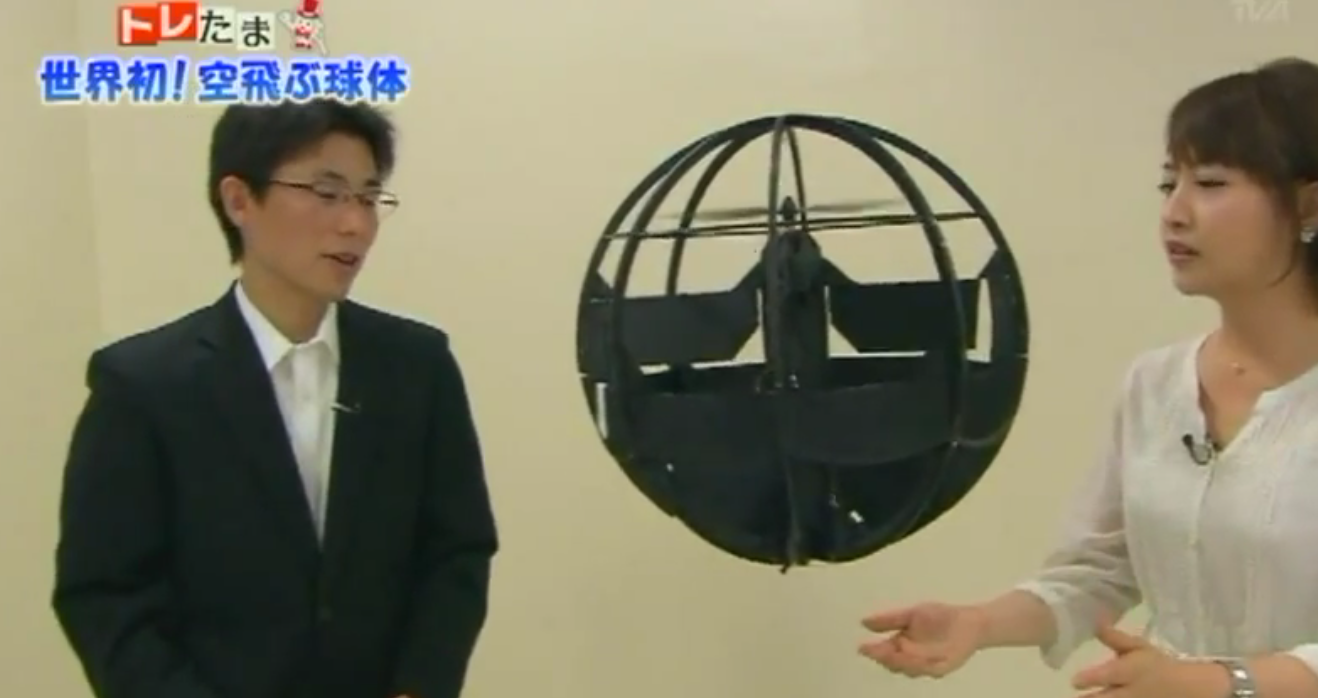 Our friends at ieee have pointed out a new purchase in by the Japanese Ministry of Self-Defense. Apparently they picked up a creepy, spherical flying robot for 1,000 dollars in Akihabara, a major electronics shopping center in Tokyo.

The ball-shaped bot operates in hover mode and can fly at speeds up to 60 kilometers per hour [about 40 mph], relying on one propeller for thrust and 8 wings for control. The robot bot bounces off walls, doors, windows and light fixtures without damaging its components. ieee notes that its neatest trick is to land by just smacking into the ground and rolling to a stop to absorb the impact. The best part of this video is watching the remote controlled ball chase after the reporter…and the Top Gun soundtrack in the background.

As one reader pointed out, it reminds us quite a bit of the Canadian Quanser Quadroto, a similar remote controlled spherical bot.