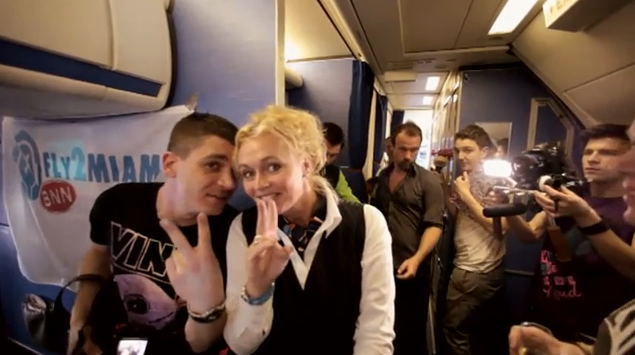 A friend of mine told me this story about Dutch airline KLM and a DJ named Sied Van Riel.

KLM was promoting its new route to Miami and the inaugural flight was supposed to be on the 27th of March. In response, the DJ tweeted @KLM to ask the airline if they could fly earlier so he and his friends could attend a huge dance festival in Miami. KLM said ok, if you can fill the plane, we’ll try to make it fly.

The DJ teamed up with a friend and filled the plane. They convinced KLM to fly a week earlier, and had an incredible dance party on board.

Yeah I didn’t really believe my friend either, but I should have:

This is one of many things new media can do. It connects people on so many levels it’s beyond our imagination sometimes. It still happens to me, examples like this I just cannot believe. A part of me is also still in doubt if this isn’t just one of the marvelous marketing campaigns KLM does. But even if it is, I don’t want them to stop.

Read next: Instagram Gets A Chinese Clone Of Its Very Own