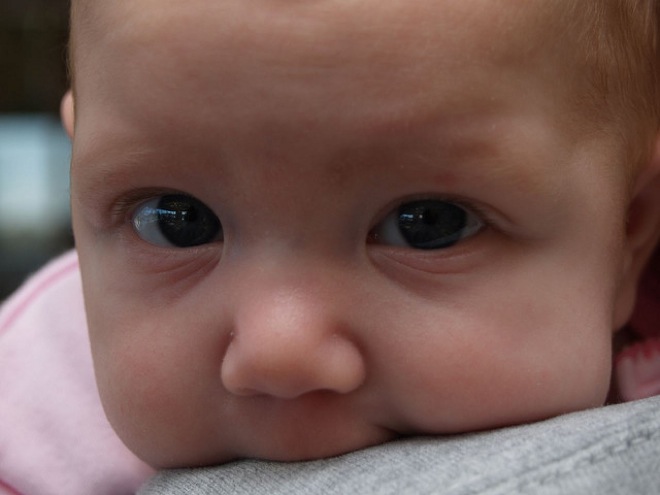 Ellie’s dad gets my solidarity at least when he says “I am in trouble – my 18 month old daughter has learned to swear.”

Needless to say, this is pretty NSFW.

Update: Her father has posted a message on YouTube:

Hi. I’m the father of Ellie. I wanted to thank everyone for the nice comments about my daughter and having a good sense of humor about her saying a particular word. I’m very proud of her and my family.

Some people who have seen the videos “Ellie’s Amazing Vocabulary” parts 1 & 2 have suggested I’m a terrible parent or that Ellie is on the road to teenage pregnancy or worse. I know that some people just want to hate (@NeatStar, @charmander4533, ChristopherJacques I’m looking at you). So I wanted to address this and provide a little context.

Ellie is precocious. She never fails to amaze me with the things she says. I credit my wife who spends her days making sure Ellie and our new son are safe and stimulated.

Theres no denying it, Ellie has an amazing vocabulary for her age. Lately Ellie has taken to asking “what time is it?” and then checking her wrist. It’s super cute. If I can capture it, I’ll probably post that too. She also says ‘thank you’ and ‘bless you’ at all the right times.

The first time she said ‘f*ck it’ was captured in the first ‘amazing vocabulary’ video. I had just gotten home from work during the start of a heavy snow storm. I told my wife that I should probably start shoveling, but then thought better of it and said the fateful phrase. Ellie immediately repeated my words, over and over. As can be seen in the first video, I thought it was pretty funny and took a quick video on my phone. If I were a perfect parent (and who is?) I should have ignored it. But besides being a decent father, I also have a decent sense of humor.

Although I have a tendency to curse a little casually, that moment made me clean up my language fast. The second video was again triggered by me saying it accidentally in front of her. But it wasn’t intentional. Admittedly, I knew it was contradictory to tell her ‘don’t say that’ while taking a video, but c’mon – how cute and funny is that?

Since then she’s only said it once more – unfortunately, that was in front of her grandparents. I think we’ve nipped this cursing habit in the bud for now. But kids are unpredictable, Ellie is no different.

I didn’t know the video would go viral. But I’m not surprised it did. It’s got all the right elements – a cute baby, a touch of vulgarity, and its short.

Before threatening CPS on me, I hope people also watch the other videos where she sings her abc’s or is generally being a normal toddler. She only uses a pacifier at night now, btw.

I don’t believe I’m exploiting her, no money is being made. If things get weird I’ll take the video down and I imagine that will be the end of it. Other then being a funny moment which we will trot out for use in her wedding video one day – I don’t believe I’m doing any lasting damage.

I hope everyone gets a laugh and doesn’t take this too seriously. There are many ways to raise a successful family, love is the only requirement.

Read next: The Pencil vs. Camera collection could change your worldview