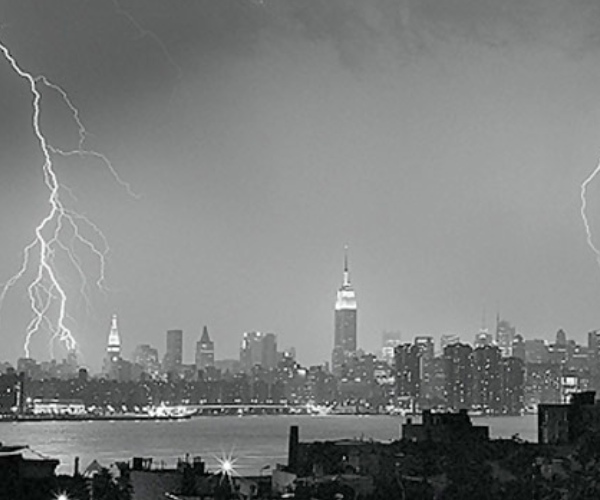 I hadn’t heard about this phenomenon until I saw it first hand last night, when it was both lightning and thundering in New York City’s first big blizzard of this winter.

According to Wikipedia, “Thundersnow, also known as a winter thunderstorm or a thunder snowstorm, is a rare kind of thunderstorm with snow falling as the primary precipitation instead of rain. It commonly falls in regions of strong upward motion within the cold sector of extratropical cyclone, where the precipitation consists of ice pellets rather than snow.”

Laughing Squid‘s Scott Beale shot the video below, which gives you a sense of how surreal last night’s storm was:

Read next: Christmas was Angry Birds' biggest day ever with over 1 million downloads