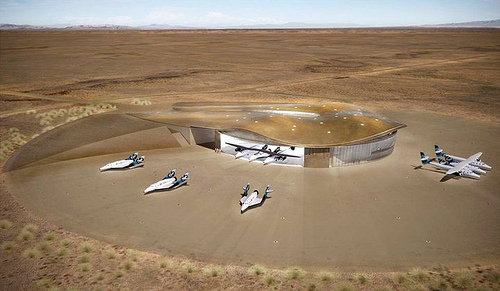 Galactic has already collected $45 million in pre-sale tickets – yep, 340 people have already put down deposits of at least $200,000 to take the sub-orbital flight on the 6-seater VSS Enterprise.

As part of the festivities, Virgin says on its site, “A special flyover of Virgin Galactic’s WhiteKnightTwo and SpaceShipTwo, the first long-distance capture-carry of the two aircraft, will form part of the runway dedication.”

When completed, the spaceport will look like this – i.e. pretty damn cool: