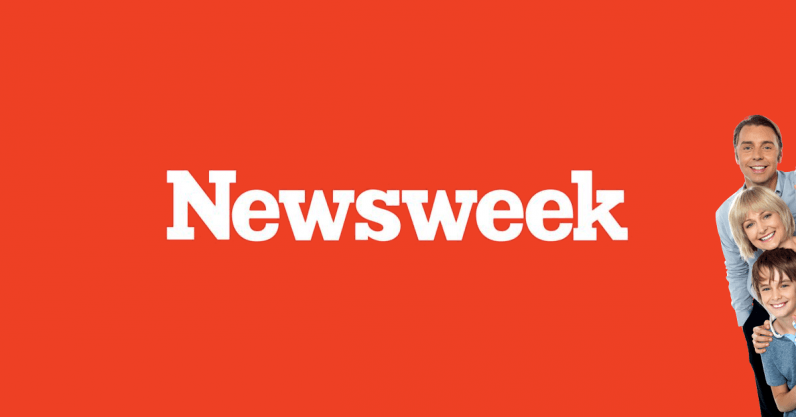 A blog called Three Word Chant has dug up an infamous Newsweek article dating back to 1995 titled “The Internet? Bah!” .

There are a number of quotes that will leave you grinning proudly about how wrong author Clifford Stoll was, but before we criticise, let’s accept this is 1995. The Internet was a mess. No Google. No method to the madness. It’s understandable how many may have believed there wasn’t something in this Internet thing. Then again, this author really should have known better, Clifford Stoll is a US astronomer and author, you would expect someone of his technological background to have you a more inspired vision of the future. You can read more about him here and watch a mad (and I mean mad) TED presentation of his here.

You can read the article below. My favorite parts are highlighted in red.

The Internet? Bah!
Hype alert: Why cyberspace isn’t, and will never be, nirvana

After two decades online, I’m perplexed. It’s not that I haven’t had a gas of a good time on the Internet. I’ve met great people and even caught a hacker or two. But today, I’m uneasy about this most trendy and oversold community. Visionaries see a future of telecommuting workers, interactive libraries and multimedia classrooms. They speak of electronic town meetings and virtual communities. Commerce and business will shift from offices and malls to networks and modems. And the freedom of digital networks will make government more democratic.Baloney.

Do our computer pundits lack all common sense? The truth in no online database will replace your daily newspaper, no CD-ROM can take the place of a competent teacher and no computer network will change the way government works.

Consider today’s online world. The Usenet, a worldwide bulletin board, allows anyone to post messages across the nation. Your word gets out, leapfrogging editors and publishers. Every voice can be heard cheaply and instantly. The result? Every voice is heard. The cacophany more closely resembles citizens band radio, complete with handles, harrasment, and anonymous threats. When most everyone shouts, few listen. How about electronic publishing? Try reading a book on disc. At best, it’s an unpleasant chore: the myopic glow of a clunky computer replaces the friendly pages of a book. And you can’t tote that laptop to the beach. Yet Nicholas Negroponte, director of the MIT Media Lab, predicts that we’ll soon buy books and newspapers straight over the Intenet. Uh, sure.

What the Internet hucksters won’t tell you is tht the Internet is one big ocean of unedited data, without any pretense of completeness. Lacking editors, reviewers or critics, the Internet has become a wasteland of unfiltered data. You don’t know what to ignore and what’s worth reading. Logged onto the World Wide Web, I hunt for the date of the Battle of Trafalgar. Hundreds of files show up, and it takes 15 minutes to unravel them–one’s a biography written by an eighth grader, the second is a computer game that doesn’t work and the third is an image of a London monument. None answers my question, and my search is periodically interrupted by messages like, “Too many connectios, try again later.”

Won’t the Internet be useful in governing? Internet addicts clamor for government reports. But when Andy Spano ran for county executive in Westchester County, N.Y., he put every press release and position paper onto a bulletin board. In that affluent county, with plenty of computer companies, how many voters logged in? Fewer than 30. Not a good omen.

Point and click:Then there are those pushing computers into schools. We’re told that multimedia will make schoolwork easy and fun. Students will happily learn from animated characters while taught by expertly tailored software.Who needs teachers when you’ve got computer-aided education? Bah. These expensive toys are difficult to use in classrooms and require extensive teacher training. Sure, kids love videogames–but think of your own experience: can you recall even one educational filmstrip of decades past? I’ll bet you remember the two or three great teachers who made a difference in your life.

Then there’s cyberbusiness. We’re promised instant catalog shopping–just point and click for great deals. We’ll order airline tickets over the network, make restaurant reservations and negotiate sales contracts. Stores will become obselete. So how come my local mall does more business in an afternoon than the entire Internet handles in a month? Even if there were a trustworthy way to send money over the Internet–which there isn’t–the network is missing a most essential ingredient of capitalism: salespeople.

What’s missing from this electronic wonderland? Human contact. Discount the fawning techno-burble about virtual communities. Computers and networks isolate us from one another. A network chat line is a limp substitute for meeting friends over coffee. No interactive multimedia display comes close to the excitement of a live concert. And who’d prefer cybersex to the real thing? While the Internet beckons brightly, seductively flashing an icon of knowledge-as-power, this nonplace lures us to surrender our time on earth. A poor substitute it is, this virtual reality where frustration is legion and where–in the holy names of Education and Progress–important aspects of human interactions are relentlessly devalued.

Boing Boing has also run with this story and the man himself has commented. His words:

“Of my many mistakes, flubs, and howlers, few have been as public as my 1995 howler.

At the time, I was trying to speak against the tide of futuristic commentary on how The Internet Will Solve Our Problems.

Gives me pause. Most of my screwups have had limited publicity: Forgetting my lines in my 4th grade play. Misidentifying a Gilbert and Sullivan song while suddenly drafted to fill in as announcer on a classical radio station. Wasting a week hunting for planets interior to Mercury’s orbit using an infrared system with a noise level so high that it couldn’t possibly detect ’em. Heck – trying to dry my sneakers in a microwave oven (a quarter century later, there’s still a smudge on the kitchen ceiling)

And, as I’ve laughed at others’ foibles, I think back to some of my own cringeworthy contributions.

Now, whenever I think I know what’s happening, I temper my thoughts: Might be wrong, Cliff…

Warm cheers to all,

-Cliff Stoll on a rainy Friday afternoon in Oakland”