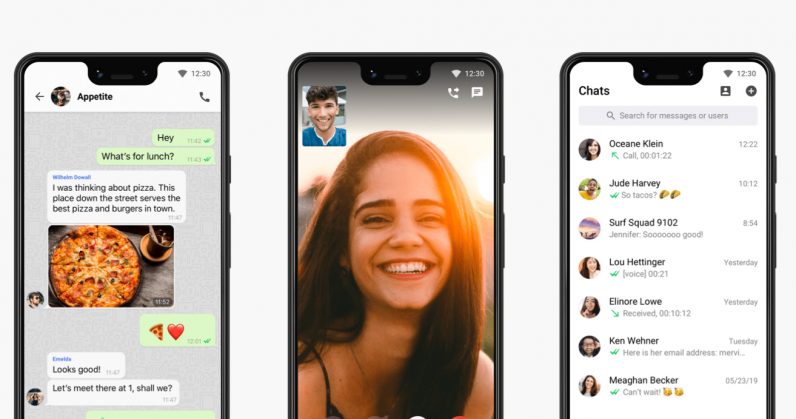 Update (January 8, 2020): ToTok was allowed back into Google’s Play Store on January 5. Giacomo Ziani, the app’s co-creator, told the Associated Press in a recent interview that he had no knowledge that people and companies linked to the project had ties to the country’s intelligence apparatus. It is yet to return to Apple’s App Store, though.

The New York Times reports that ToTok, an Emirati messaging app, isn’t quite what it seems on the surface. While it promises “FREE, fast, and secure calling and messaging,” it’s reportedly being used by the government of the United Arab Emirates to try to track users’ chats and listen in on their calls.

The news comes from US intelligence officials who spoke to the NYT. The publication noted that this is part of a trend among authoritarian governments that are looking for more effective ways to “spy on foreign adversaries, criminal and terrorist networks, journalists and critics.” It isn’t immediately clear if the Emirati government has specific surveillance targets in mind.

The app, which has been downloaded millions of times since it launched a few months ago, likely gained popularity in UAE because certain features in WhatsApp and Skype are blocked by the government. In addition, it’s been promoted in ads by the likes of phone maker Huawei, as well as by a paid messaging app called Botim that encouraged users to switch to ToTok.

ToTok was removed from Google and Apple’s mobile app stores by the respective companies over the past few days. ToTok claims that it was booted from those stores owing to technical issues. The Android version is still available to download from Samsung, Huawei, Xiaomi and Oppo’s app stores, as well as the app’s own site.

ToTok notes in its privacy policy that it may “share your personal data with group companies.” That doesn’t explicitly name the government of the UAE, but the NYT found links between Breej Holding, the firm (likely a front) behind the app, and a cyberintelligence company DarkMatter that employs Emirati intelligence officials.

If you’ve got ToTok on your phone, you’ll want to uninstall it right away.

Read next: 2019's juiciest crypto drama: The saga of OneCoin’s $4B ‘cryptocurrency’ scam