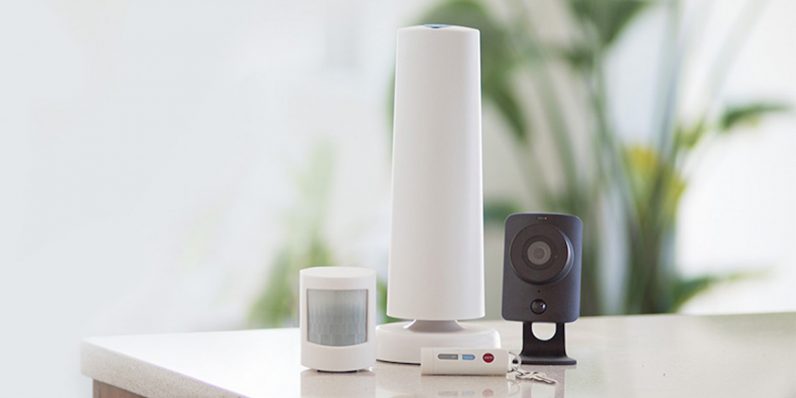 Do you have a security system in your home? Oh sure, there are dozens of good reasons you and your home should be under the watchful eye of 24/7 professional monitoring — but the odds are that you probably aren’t. So why not?

Your answer could have something to do with fears of a complicated installation. It could be tied to the requirement of maintaining a home phone line, a practice continuing its slow fade into the obscurity of VCRs and buggy whips. Or you may just hate the idea of adding another ongoing service contract fee that’s coming out our your wallet each month.

Valid concerns all. Yet security worries will never go away, so forward-thinking security companies like SimpliSafe are reshaping how they protect their customers. It’s a philosophy that’s made SimpliSafe, the brainchild of a Harvard-educated engineer, the darling of new-school digiratti like PC Mag and CNET as well as old-guard stalwarts like The New York Times.

Their first target in rejiggering security for 2017 is attacking what has traditionally held non-customers back from making a logical decision to protect their home:.

With all those advantages locked in, SimpliSafe is looking to push over the one last domino to make their offer a true no-brainer. They’re now offering a limited time deal where you’ll get an additional 10 percent off your SimpliSafe Security Solution package.

They say security doesn’t come with a price tag, but it’s safe to say we all agree that it does. So if you can get a pinnacle security service for even less money—well, decision made, right?

However, in the event you’re still wavering, let’s take a closer look at what SimpliSafe is offering, starting with the tech itself.

While every SimpliSafe configuration is different (built to match the requirements of an individual home), the SimpliSafe principle is sound and replicated over and over and over again. A SimpliSafe home security system is anchored by a base station, a 10.5-inch smooth white cone strategically located in a home’s central-most location.

Within 100 feet of your base station, you’ll position a keypad, powered by a lithium battery that should last up to a year or more before needing replacement (and don’t worry — the system will tell you when you’re up for new juice). Same with the squadron of sensors you’ll place around your home within 400 feet of the base. Depending on the size of your home, you can deploy eight, a dozen, two dozen, 40… it’s really up to you.

Even the casual resident can get the whole thing set up inside of an hour, all without one nail, screw or another physical marring of your home required.

The base houses an 85-decibel siren along with a SIM card to facilitate the system’s cellular communication. Yep, this doesn’t run off your home WiFi, so rest assured there’s at least one home device that isn’t feeding off that WiFi signal like a hungry vampire.

And once that alarm is sounded, SimpliSafe also shoots that potentially dangerous situation back to their 24/7/365 monitoring center to an actual, flesh and blood human being, ready to check out your security warning and contact authorities, if needed.

Sure, the peace of mind of knowing no one can slip past your defenses is awesome. But if you want proof of what went down when someone tried to break in, just set up a SimpliCam or two around your house. When your system is triggered, the unit will start capturing clear 720p quality video for your use later. You’ll have crisp, clean footage anywhere in your home — and it’s all just part of the service.

The siren is blaring… now what? Just punch in your code into the physical keypad or (better yet) use a keychain remote to help arm and disarm your system. Simple, right?  And if you opt for SimpliSafe’s interactive plan, you can even perform that whole procedure via their app from literally anywhere.

Even with all the advantages of the traditional alarm system, there’s no substitute for the convenience of remote online and mobile system control so you can access it from anywhere, anytime. Whether you’ve got an Android or iOS device, just download the SimpliSafe app and you can arm, monitor or change settings on your security network from everywhere you are.

Save yourself the worry, aggravation, inconvenience, and price of less advanced security systems and cover yourself in SimpliSafe’s rock-solid protection. If you act quickly, you can even get the package of your choice for an additional 10 percent off.