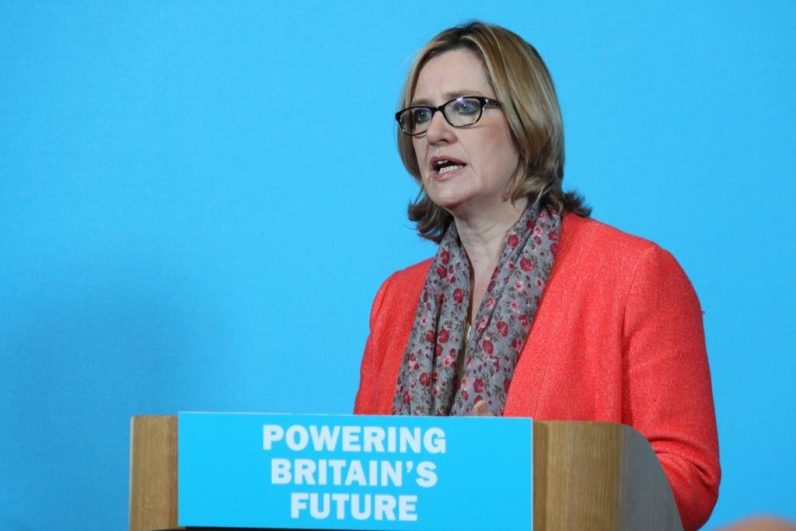 As the UK’s Home Secretary, Amber Rudd occupies one of the most important roles in the government. Her job, put in a nutshell, is to keep us safe from harm.

In 2017, that task is harder than ever, not least due to the existence of the Internet, which weaves like a ribbon through every segment of society and industry. For Rudd to be able to do her job effectively, she really needs to understand how modern communications technology works.

The problem is, she doesn’t. Not even on a superficial level. Rudd is particularly clueless when it comes to encryption.

In March of this year, she called for WhatsApp to break its end-to-end encryption and introduce backdoors that would be available to law enforcement, seemingly oblivious as to why this is a terrible idea, from both a security and privacy perspective.

There’s nothing inherently wrong with not understanding something, and it would be unreasonable to expect Rudd – a history graduate with an employment background centered largely in financial services – to possess the same understanding that of crypto that, say, Philip Zimmerman or Bruce Schneier would have.

That said, she should be open to advice from experts. And she shouldn’t flaunt her ignorance like a badge of honor.

Anyway, about that. Speaking yesterday at a Spectator-sponsored fringe event at the Conservative party conference, Rudd accused technology experts of “patronising” and “sneering” at politicians who try to regulate their industry, without knowing even the first thing about it.

“It’s so easy to be patronised in this business. We will do our best to understand [encryption],“ Rudd reportedly said.

“We will take advice from other people but I do feel that there is a sea of criticism for any of us who try and legislate in new areas, who will automatically be sneered at and laughed at for not getting it right.”

Considering strong encryption is the basis of the new digital economy, I’d argue those experts are justified in sneering and laughing – especially when, y’know, you confuse hashing and hashtags.

Except this is multitudes worse, as Rudd has way more power and authority than just one doctor.

One industry expert, Michael Beckerman, who works for the Internet Association, was in attendance at the event, tried to explain to encryption is “just math” and “it can’t be uninvented.”

To which Rudd retorted:

“I am not suggesting you give us the code. I understand the principle of end-to-end encryption – it can’t be unwrapped. That’s what has been developed. What I am saying is the companies who are developing that should work with us.”

Read next: When pitching, think of the letter W – and other oddly effective tips to win a startup competition