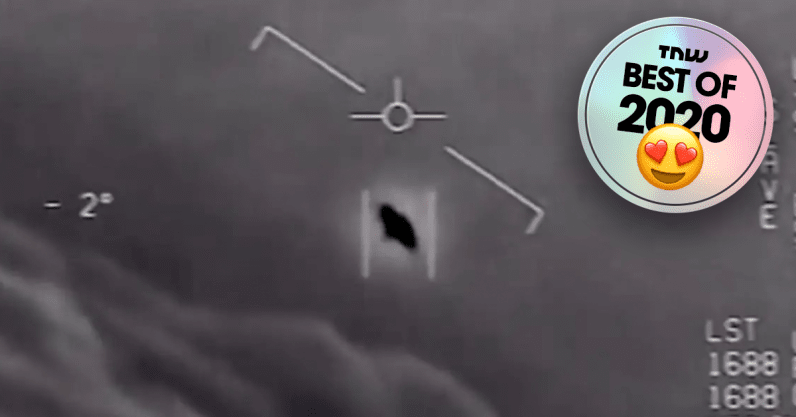 We’ve been chasing ET for millennia with nothing concrete to show for it. Aside from conspiracy theory claims that the US government has an alien spacecraft hidden away somewhere, the search for alien life has been a complete bust.

Michael Masters, a professor of biological anthropology at Montana Technological University in Butte, thinks that could be because UFOs are piloted by humans from the future, not aliens from another planet.

For countless people, the existence of UFOs is undeniable. Many experts, including those who’ve analyzed recently released footage from the US Navy, are convinced that at least some reports of flying objects of unknown origin throughout history are true.

A not-insignificant number of reputable scientists believe some UFO sightings could be legitimate mysteries that can’t be explained with current terrestrial technology or dismissed as tricks of light, shooting stars, or solar flares.

So if they’re not from an alien world, and they’re not explainable by anything on our world, they must be from the future right? It’s actually not quite as far-fetched as it sounds.

The gist of the theory is that there appears to be a lot of evidence for UFOs but absolutely none for aliens. Numerous experts have posited aliens as an explanation for mysteries we have no current empirical explanation for – proponents of these ideas often claim that aliens visited the Earth long ago in our history – but all they’ve had to offer is thought experiments.

Masters takes on the alien-hypothesis in his recently released book, “Identified Flying Objects: A Multidisciplinary Scientific Approach to the UFO Phenomenon.”

We know we’re here. We know humans exist. We know that we’ve had a long evolutionary history on this planet. And we know our technology is going to be more advanced in the future. I think the simplest explanation, innately, is that it is us. I’m just trying to offer what is likely the most parsimonious explanation.

It takes a quantum leap of faith to assume that time-travel will be possible one day, but if we co-opt the underlying concept behind Philosopher Nick Bostrom’s Simulation Argument, we have to admit that the odds are greater than zero that humans will invent time travel, and the chances are greater than zero any future craft capable of physically traveling through time would appear alien and inexplicable by our modern day understanding of physics.

Our take: If you’re willing to believe that extra-terrestrials built the pyramids, it’s certainly no further of a leap to accept that UFOs are time-travelers from the future who only managed to be seen because they came out of warp too quickly, or forgot to change the oil in the Delorean or some other rare future-anomaly.

If you’d like to take a deep dive, you can purchase Masters’ book on Amazon.

Are the aliens us? UFOs may be piloted by time-traveling humans, book argues on Space.Com

Read next: Google is testing how to make ads sneakier in search results