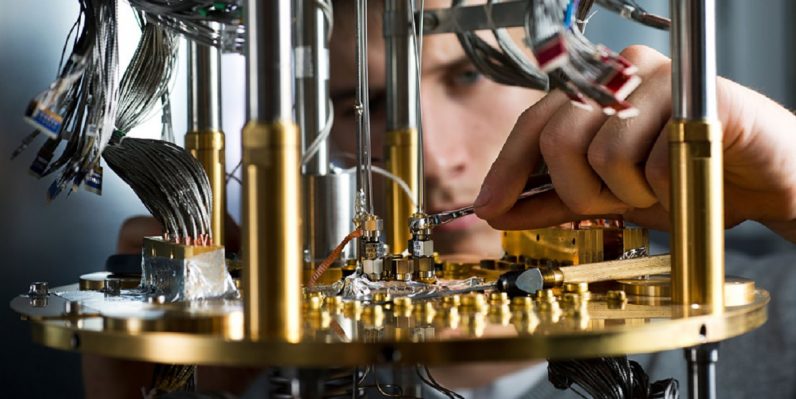 D-Wave today announced its next generation “Advantage” quantum computer system. It’ll pack a whopping 5,000 qubits and myriad improvements to processing speed and power. And the Los Alamos National Laboratory in New Mexico will be among the first to have access.

According to a press release from D-Wave, the new Advantage system improves on the previous generation’s 2000Q model – which sports a paltry-by-comparison 2,048 qubits – in nearly every conceivable way:

Designed to speed the development of commercial quantum applications, the Advantage quantum system will power a new hardware and software platform that will accelerate and ease the delivery of quantum computing applications. Reflecting years of customer feedback, the platform captures users’ priorities and business requirements and will deliver significant performance gains and greater solution precision.

While the system’s new, it’s not the Los Alamos lab’s first D-Wave computer. Irene Qualters, associate laboratory director for simulation and computation at the lab, said her team was excited to work with the new system next year:

This is the third time we will have upgraded our D-Wave system. Each upgrade has enabled new research into developing quantum algorithms and new tools in support of Los Alamos’ national security mission.

In 2015, under the direction of the Obama administration, D-Wave and the Los Alamos lab began working together to explore quantum computing technology. Unlike the Manhattan Project, for which the lab was built, this research isn’t necessarily practical, at least not yet. The deal is a joint-study between the government and D-Wave that seeks to develop the technology that will, hopefully, lead to a universal quantum computer one day. The two groups are essentially working together to develop the first useful commercial algorithms, software, and hardware for quantum systems.

The difference between D-Wave‘s computers and the ones that companies such as Google, Rigetti, and IBM are working on are a matter of more than just the number of qubits in use. Google, for example, recently let slip that it’d achieved ‘quantum supremacy’ with a 72-qubit machine. D-Wave‘s 5,000-qubit system would be unfathomably powerful by the same standards.

But D-Wave’s quantum systems aren’t universal quantum computers, they’re designed from the ground up for a specific task: they only solve optimization problems. The 2000Q and Advantage systems work differently than Google‘s Bristlecone and IBM’s Q which, theoretically, should be capable of processing any ‘quantum‘ task.

At this point neither approach appears superior despite Google‘s alleged claim of having achieved quantum supremacy. The reality is that all of these companies are years, maybe even decades away from developing a useful (let alone cost-effective) quantum computer.

But don’t let that spoil the news, the leap from 2,000 qubits to 5,000 is still a massive accomplishment. It’s been a great week for quantum computing breakthroughs!

Read next: Google and NASA let it slip that humans have achieved quantum supremacy

Read next: Apple drops iOS 13.1 to squash a handful of serious bugs