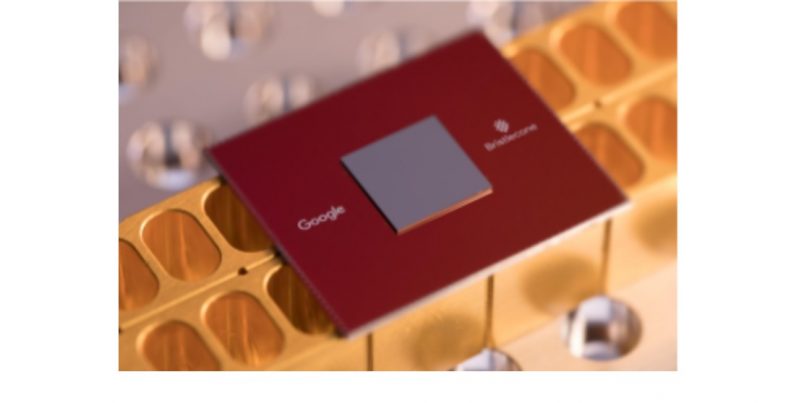 Google‘s reportedly on the verge of demonstrating a quantum computer capable of feats no ordinary classical computer could perform. The term for this is quantum supremacy, and experts believe the Mountain View company could be mere months from achieving it. This may be the biggest scientific breakthrough for humanity since we figured out how to harness the power of fire. Here’s what you need to know before it happens.

Functional quantum computers currently exist – IBM, D-Wave, Google, Microsoft, Rigetti, and dozens of other companies and universities are working tirelessly to develop them – but none of them actually do anything that we can’t already do with a regular, old-fashioned computer yet. They’re a proof-of-concept. The big news right now has to do with a new “rule” called Neven’s Law. It was named after one of Google‘s quantum gurus, Hartmut Neven, stated that quantum computing technology is currently snowballing at a double-exponential rate. We’ll get to that later. First let’s talk about what quantum supremacy would actually mean for you and me.

For a basic primer on quantum computers, click here.

Why you should care

Experts predict the advent of quantum supremacy – useful quantum computers – will herald revolutionary advances in nearly every scientific field. We’re talking breakthroughs in chemistry, astrophysics, medicine, security, communications and more. It may sound like a lot of hype, but these are the grounded predictions. Others think quantum computers will help scientists unlock some of the greater mysteries of the cosmos such as how the universe came to be and whether life exists outside of our own planet.

You can’t replace your iPhone or PC with a quantum computer any more than you can replace your tennis shoes with a nuclear aircraft carrier. The two things are designed to do different things, despite the fact they’re both related to transportation in some way.

Classical computers allow you to play games, check your emails, surf the web, and run programs. Quantum computers will, for the most part, perform simulations too complex for binary systems that run on computer bits. In other words, individual consumers will have almost no use for a quantum computer of their own, but NASA and MIT, for example, absolutely will.

While quantum supremacy would be a giant breakthrough, let’s not get ahead of ourselves: The world probably isn’t going to catapult into some sort of far-future scientific utopia just because Google shows off a quantum system that can do things impossible for a binary computer. The reason experts in the field are excited right now is because of Neven’s Law – something that’s not really a law at all.

Neven’s Law is currently more of an affectionate term for a rule coined by Google‘s Hartmut Neven. At the company’s Spring Quantum Symposium this May, Neven made the claim that quantum systems are increasing in performance at a doubly-exponential rate. This means, rather than doubling in performance with successive iterations as was the case with classical computers and Moore’s Law, quantum technology is increasing in performance at a much more dramatic rate. It took 50 years to go from punch card systems to iPhones: if Neven’s Law is true we’ll see quantum systems increase in a fraction of that time.

Most of this improvement can be attributed to amazing new feats in error-correction – filtering out noise in quantum systems is among the biggest challenges faced by physicists. Some of the improvement has to do with the simple fact that a rising tide lifts all ships. Google‘s invested as much time, money, and personnel as any other organization involved in quantum technology (if not more). If quantum supremacy is possible, Google‘s as likely a candidate to achieve it as any other company.

Well, except IBM, but only because it takes a somewhat different view on the subject. Arguably, IBM is at the forefront of quantum technology. And there’s no reason to believe it won’t reach Google’s definition of quantum supremacy soon as well,  but it’s leadership has been reticent to talk about goalposts like quantum supremacy.

We must also measure that progress beyond simple qubit counts or just coherence times. Which is why we developed quantum volume, full-system performance metric that accounts for gate and measurement errors as well as device cross talk and connectivity, and circuit software compiler efficiency. It’s an agnostic metric that others, including Rigetti, have benchmarked their systems against. You can read more about the Quantum Volume of our systems, and how it’s calculated, here.

Time will tell whether IBM or Google’s approach makes more sense, but according to Neven’s Law we’re mere months away from seeing a full-fledged demonstration of quantum supremacy from one team or another. Quanta Magazine reports that Google‘s had to crib computational power from systems outside of its quantum labs just to keep up with the hand-over-fist improvements in performance. Nevens told Quanta’s Kevin Hartnett:

Somewhere in February I had to make calls to say, ‘Hey, we need more quota.’ We were running jobs comprised of a million processors.

He went on to explain that, with double-exponential growth, the proof isn’t always front-and-center at first:

We’ve been talking about quantum computing for years, but this is the first time quantum supremacy’s been dangled in front of our faces as a near-term eventuality. Of course, with any bold claim, it’s prudent to maintain a modicum of cynicism. But Neven’s Law tells us our quantum dreams could come true before the end of the year.

All we want for Christmas is an entirely new computing paradigm capable of making classical computers look like punch-card systems. Oh, and a drone with a flamethrower attachment — but that’s unrelated.

Read next: Consoles aren't selling because the next-gen is coming