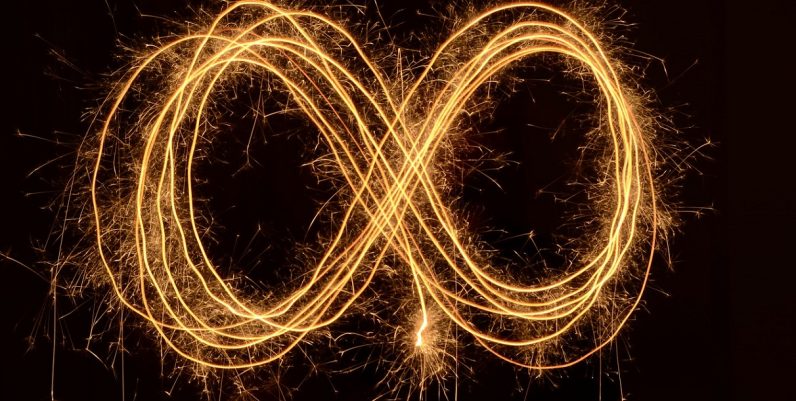 A team of scientists recently determined certain quantum particles can regenerate after they’ve decayed. This has grand implications for the future of humanity, quantum computing, and intergalactic graffiti.

Theoretical physicists from the Technical University of Munich and the Max Planck Institute conducted simulation experiments to determine that certain quasiparticles are essentially immortal. Per the second law of thermodynamics nothing lasts forever, but these quantum particle fields can reassemble themselves after decaying – just like the phoenix from Greek mythology.

The result of the elaborate simulation: admittedly, quasiparticles do decay, however new, identical particle entities emerge from the debris. If this decay proceeds very quickly, an inverse reaction will occur after a certain time and the debris will converge again. This process can recur endlessly and a sustained oscillation between decay and rebirth emerges.

Immortality, in this case, is more like pattern re-emergence than rebirth. This is because quasiparticles are a manifestation of particle-like behavior in systems where several particles interact.

Fans in a stadium participating in a tifo display are like a bunch of particles interacting. Under the right circumstances they can display a pattern – like a quasiparticle forming in the space between particles. The discovery of immortal quasiparticles is like seeing the exact same pattern emerge over and over on a quantum scale.

So what does it mean? The short answer is that nobody really knows. This is theoretical work that’s only been proven in simulations. And little is currently known about quasiparticles anyway, so it’s hard to predict where exactly it’s all going. One implication could be the development of durable data memories for quantum computers – something that could lead to an immortal computer mind, or at least really long-term memory.

Perhaps this is how we finally figure out a way to give our species a permanent record. We currently don’t have any cans of cosmic spray-paint to scrawl “humanity wuz here” across the universe. If our planet gets destroyed we’re not history, we’re just gone.

So when you consider the age of the universe – nearly 14 billion years old – our current methods of storage seem rather fragile. What if we go extinct? How can we ensure that our deeds live on for billions more years or even eternity? Immortal quasiparticles might have some answers – assuming there’s any life out there to care.

In the more immediate, grounded-in-reality view, immortal quasiparticles could help in the development of useful quantum computers. Figuring out how to handle quantum RAM hasn’t proven simple, using recurrent quasiparticles for data memory could be a game-changer there.

Read next: The unforeseen trouble AI is now causing