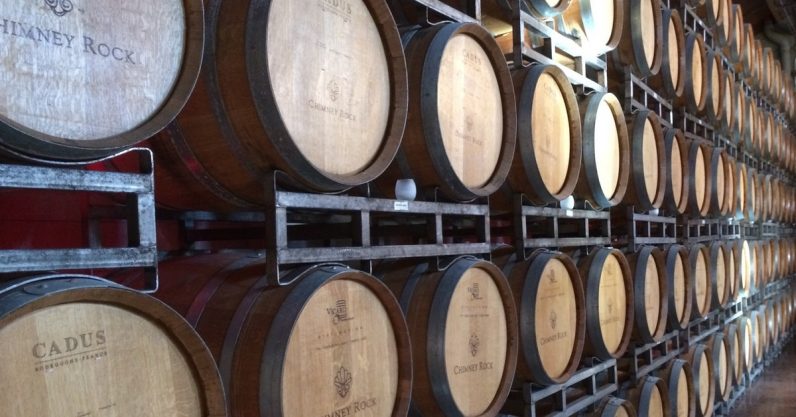 Winemakers are playing music to their fermented grapes in an attempt to coax more flavor from the bottles. It sounds odd, but they say the waves help improve the way the wine develops.

According to National Geographic, a few wine companies are playing music to their aging barrels. Not just playing music while drinking the wine — I mean actually playing music for the settling liquid as it slowly ferments. Chilean winery Montes Wines plays quiet music, saying the “soft vibrations make the liquids perform a better aging than in silence or with strident music.”

It sounds a little unlikely at first, but other winemakers have tested it. One winery in Piedmont told The Grand Wine Tour it was trying to age wine to piano music: “After twelve years of testing, this project can still be said to be in its early stages. But, looking at the data we’ve collected during the experimental phases, we can say that music induces the yeasts to greater activity, in the end making a better wine.”

If it sounds like a rather scattershot science, that’s because it is. Researchers speaking to The Washington Post about the potential of soundwaves for improving wine said that some of the processes that make wine good are still hard to quantify — though they do say there are some fermentation processes that can’t be sped up or influenced no matter how much sound you play.

Other vintners are playing music for the grapes themselves. The owners of Italian vineyard called “Il Paradiso di Frassina” told CBS they play Mozart for some of their plants, which tend to grow towards the source of the sound. Research suggests plants don’t actually perceive music as we do, but can pick up audio cues and adapt for survival accordingly.

One of the vintners mentioned by NG is actually immersing speakers into the barrels, which makes me wonder why wine barrel-specific speakers are already out there. If they aren’t, I look forward to some enterprising startup taking a crack at it.

Hypnotic Music Ages This Wine to Perfection on National Geographic