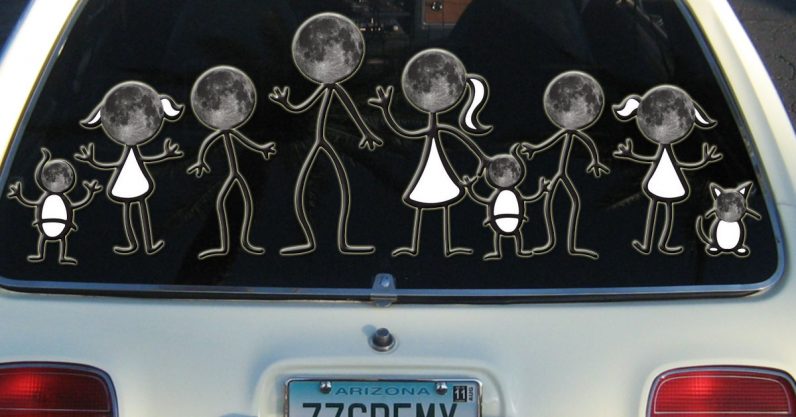 What the hell is going on up in there in space? Just as I was beginning to accept the fact that Pluto isn’t a planet anymore, I find out that Earth has more than one moon. This is unacceptable.

A team of scientists recently published research indicating that heavenly bodies in the area of 1-2 meters large (person-sized) sometimes get caught in our Earth’s orbit. Since they’re essentially moons during the period they orbit the planet, researchers have dubbed them ‘mini-moons.’

If you’re thinking what I’m thinking:

You’re absolutely correct. According to the research team’s white paper:

We refer to them as either temporarily captured objects (TCO) or temporarily captured flybys (TCF) depending on whether they make at least one revolution around Earth (the definition will be refined in section 3). As an homage to the Moon and Austin Powers we usually refer to TCOs and TCFs as “mini-moons” though, to be more precise based on their relative diameters, they may more accurately be considered micro-moons.

How is it we’ve managed to put a rover on Mars (and subsequently lose it) but we can’t manage to see the rocks swirling about our own planet? It turns out there’s a good reason for that. According to the researchers, these little asteroids are incredibly difficult to find. To date, only one other natural body, aside from the Moon, has ever been observed in our planet’s orbit – a mini-moon spotted in 2006.

They’re only with us for a short time and then, just like the beautiful human being that was Vern Troyer, they move on to find another place in the cosmos. Essentially these asteroids slip into the Earth’s orbit and then slingshot back into the galaxy.

The international team studying this phenomenon believes there’s probably a few of these mini-moons orbiting the Earth at any given time. The group’s research details methods for detecting and locating them, and according to the team’s white paper, we should be capable of doing so next year:

The Large Synoptic Survey Telescope will be capable of detecting the largest natural mini-moons and will also detect a substantial number of NEOs that could be artificially induced into becoming mini-moons but the real future for mining asteroids awaits an affordable space-based detection system. Once those assets are in place they will unlock the exploration of the solar system with mini-moons being the first stepping stones.

So, it appears likely that the Earth always keeps a few mini-moons on the side, despite the fact that the Moon is the only one we know will always be there for us. Typical.

Read next: Telling the truth about defects in technology should never, ever, ever be illegal