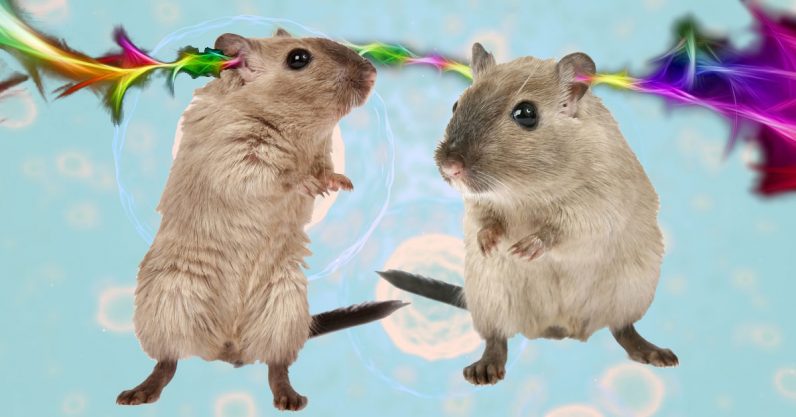 A team of German scientists recently developed a spectacular new cochlear implant that uses light to simulate sound. So far it’s only been tested on gerbils, but the results are promising.

Cochlear implants are a decades-old invention that uses electricity to stimulate or bypass deadened auditory nerves in order to trick the brain into “hearing” something. Many people who suffer hearing loss use these implants to restore at least some of their ability to experience sounds.

The problem with the traditional cochlear implant is that electricity isn’t as nuanced as audio waves, which makes it a relatively poor replacement. Light, on the other hand, seems to work just fine.

Tobias Moser, one of the authors on the study, told Futurism:

The optical cochlear implant should provide a fundamental advance of hearing restoration towards more natural hearing. Since light can be better confined than electrical current, the number of independent frequency channels is expected to be greater in the optical CI. This, we think, will provide more frequency resolution of sound coding enabling the user to better separate similar sounds, understand speech in the noise, and appreciate melodies.

In order to make the device work, the team genetically modified the gerbils by injecting a gene directly into their inner ear, using a specialty virus to deliver it. The gene altered the animals’ neuronal receptivity so that their cochlear nerves could process the signals produced by light as though they were sound.

The gerbils were previously trained to jump over an obstacle when they heard an audio alarm. To determine the effectiveness of the new light-emitting cochlear implants, the team used them to stimulate the gerbil’s auditory nerves in a simulation of the alarm sound. According to the researchers’ white paper, it was a success. The gerbils responded to the light by jumping over the obstacles the same as if they were hearing the alarm sound.

The researchers are optimistic their research could lay the ground work for more responsive and better sounding cochlear implants, but they also acknowledge this is early stage research still in the “proof of concept” stage.

It could be a long time before these kinds of implants are ready for human trials, but the promise of a better tool in the fight against hearing loss already sounds pretty good.