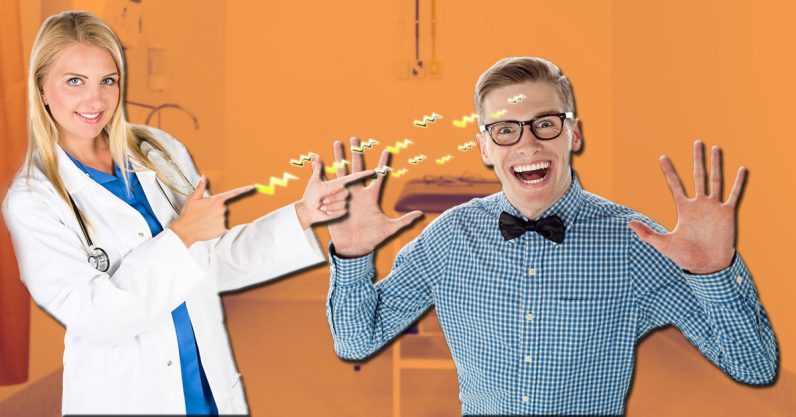 A team of researchers from the University of Pennsylvania have revived a classic psychiatric remedy that involves stimulating the brain with electricity, or as it’s most commonly called shock treatment.

It’s not so shocking: The team conducted a “double-blind, stratified, placebo-controlled, randomized trial” with 81 healthy adults (36 men and 45 women). The test subjects were split into two groups, one receiving low-grade electrical stimulation to their prefrontal cortex for a period of 20 minutes, and the other receiving 30 seconds of a much smaller amount of stimulation followed by nothing. Neither participants nor facilitators were aware of which group was which.

Results provide experimental evidence that increasing prefrontal cortical activity can reduce intent to commit aggressive acts. They also shed light on moral judgment as one mechanism that may link prefrontal deficits to aggression and in theory, have the potential to inform future approaches towards reducing aggression.

The impact: The study shows that prefrontal cortex stimulation – let’s just call it shock therapy – has the potential to be a viable treatment for aggressive behavior. However, its results will need to be replicated and peer-reviewed before therapists start combining the treatment with other, less shocking forms of therapy.

But, if it turns out that this research is valid, and shock therapy is a realistic treatment for violent behavioral tendencies, it could force us to take a fundamental look at how our society treats and views aggressive people.

Adrian Raine, a co-author of the paper, says:

Much of the focus in understanding causes of crime has been on social causation. That’s important, but research from brain imaging and genetics has also shown that half of the variance in violence can be chalked up to biological factors. We’re trying to find benign biological interventions that society will accept, and transcranial direct-current stimulation is minimal risk. This isn’t a frontal lobotomy. In fact, we’re saying the opposite, that the front part of the brain needs to be better connected to the rest of the brain.

What if violent people are victims of their own prefrontal cortex? If a few shock treatments a week can keep us from hurting each other, we might all be using the iShock (I just made that up) in a few years. Then again, haven’t we been down this road before?

Read next: Scientists can now use sound waves to detect cancer