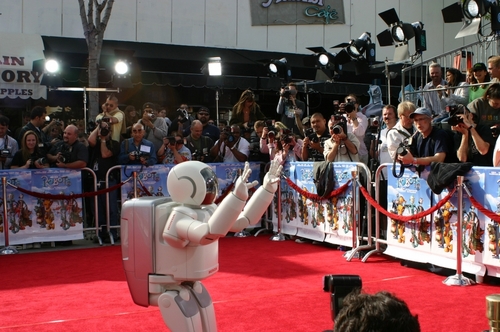 ASIMO, Honda’s 18 year old humanoid robot project, and the brainchild for their quest for self-balancing bipedal robots, is no more.

Honda officially announced that the ASIMO – which stands for Advanced Step in Innovative Mobility – project is shutting down, and that the technology behind the robot will be put to use in other products.

Kyodo News reported that the project had not seen any update since 2011, and with no commercial use to capitalize on, the funding for the project dried up. Honda official was quoted as saying that the company plans to develop more bipedal robots in the future – but without the ASIMO moniker.

The cute toddler-like robot gained a pop icon-level status through exhibitions staged worldwide where its unparalleled human-like ability to walk was showcased. In later demonstrations, ASIMO sang, danced and even read minds. In 2011, Honda announced that the robot was completely autonomous with a behavioral control technology that allowed it to function without the need for human commands.

The bot, which stood at 4 feet tall and weighed 50 kg, had its up and downs with a mix of successful and embarrassing on-stage demonstrations over the years. But the systems used to control ASIMO’s movements have made their way into Honda’s other devices such as one to assist in walking for people with weak legs, and a self-balancing motorcycle.

Honda will continue to utilize the technology that made ASIMO possible and expand further into the domain of bipedal humanoid robots. The future versions will be used for more practical purposes like nursing care, Kyodo News reported. While ASIMO may have left us, it has left behind a legacy of technological creativity and innovation for humans to cherish and be inspired by.

Read next: Lightning-powered app lets you play roulette on the blockchain