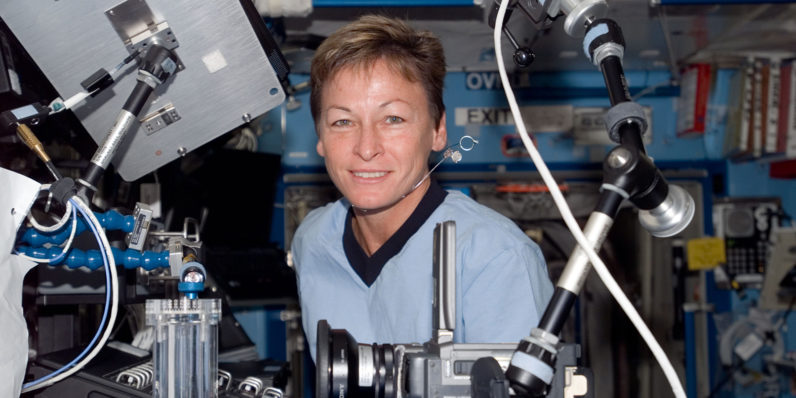 Peggy Whitson made history today by floating outside the International Space Station for a record eighth time. The spacewalk lasted about six-and-a-half hours, and saw Whitson surpass the previous record for spacewalks by a woman by American Sunita “Suni” Williams.

The walk was Whitson’s second in a series of three. These walks are part of a plan to make on-going upgrades to the ISS in advance of commercial spaceships that may one day dock there. Today’s mission was all about outfitting the exterior of the craft with high-tech parking spots that might one day house both commercial ships and government rockets ferrying astronauts to and from the station.

SpaceX and Boeing both say they could send astronauts to the outpost in as little as a year.

As for Whitson, today’s record is just icing on the cake. Her first trip to the ISS was in 2002, when she spent six months aboard before returning in 2008. In the second trip, Whitson became the first female space station commander in history. Now, on her third trip, Whitson has the distinction of being the oldest woman to ever fly in space.

After today’s walk, Whitson has now walked in space for over 59 hours. This puts her ahead of all other female astronauts in two spacewalking-related categories: total time logged (a record she set on her last walk), and number of walks (set today). How does this compare to the overall record? Whitson’s close. She’s logged the third-most hours on spacewalks, behind only Anatoly Soloyev (68 hours) and Mike Lopez-Algeria (67).

And on April 24, she’ll break yet another record. The date marks her 534th cumulative day in orbit, a mark that pushes her ahead of current record holder, Jeff Williams.

Read next: YouTube calls on the crowd to translate video titles