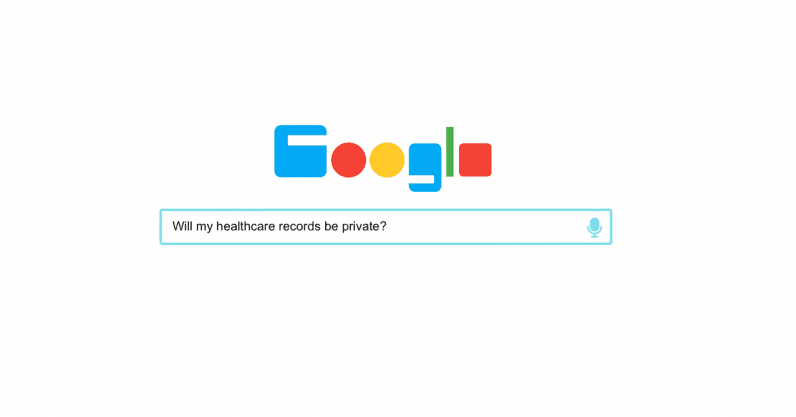 Google has stepped in once again to clarify its healthcare data-sharing deal with Ascension after the controversial undertaking attracted significant privacy blowback for collecting sensitive patient data from millions of Americans without their consent.

David Feinberg, the head of Google‘s health initiatives, defended the move, stating the company is working towards building an “intelligent suite of tools to help doctors, nurses, and other providers take better care of patients, leveraging our expertise in organizing information.”

Last week, it emerged that Google had struck a partnership with the US non-profit healthcare provider Ascension — called “Project Nightingale” — to develop AI-based tools in exchange for moving all the patient data to its cloud infrastructure.

At its core, the idea is to build a searchable, cloud-based platform to query patient data, which the company could then market to other healthcare providers.

Feinberg, who outlined this vision at the HLTH conference in Las Vegas earlier this month, reiterated its plans for designing tools with an aim to make “health records more useful, more accessible and more searchable by pulling them into a single, easy-to-use interface for doctors.”

“Ascension is the first partner where we are working with the frontline staff to pilot this tool,” Feinberg said.

Acknowledging the challenges involved in the effort, Google stated the agreement allows Ascension to share patient info under current healthcare privacy laws, provided said information is used only to help the entity meet its clinical functions.

To configure, test, tune and maintain the service in a clinical setting, a limited number of screened and qualified Google staff may be exposed to real data. These staff undergo HIPAA and medical ethics training, and are individually and explicitly approved by Ascension for a limited time.

This endeavor to centralize patient information would also necessitate that adequate safeguards are in place to anonymize the information before it could be used to develop machine learning models for personalized healthcare.

Feinberg’s response comes after the Congress raised concerns about the collaboration, calling it “disturbing” in part because of Ascension’s decision not to notify its patients before moving ahead with the partnership.

As the big tech companies extend their reach to markets that transcend their original mission — Facebook is no longer just a social network, Google is no longer about search, and Amazon is not just a retail platform — they’re increasingly battling trust issues, with people wondering what happens when a company that knows so much about them gets access to their financial and health data.

Speaking to The Guardian, a purported whistleblower involved in the project said: “Most Americans would feel uncomfortable if they knew their data was being haphazardly transferred to Google without proper safeguards and security in place. This is a totally new way of doing things. Do you want your most personal information transferred to Google? I think a lot of people would say no.”

It doesn’t help that the company’s own record with other healthcare projects isn’t exactly stellar. Yet, five out of six UK hospitals renewed their data sharing agreements with the Mountain View-based tech giant back in September.

Amnesty International, in a 60-page “Surveillance Giants” report published yesterday, came out strongly against Facebook and Google, criticizing that their surveillance-based business model is inherently incompatible with the right to privacy and threatens freedom of opinion and expression, while recommending tech companies to “find ways to transition to a rights-respecting business model.”

If anything, the development underscores the urgent need for developing data governance models that ensure access to sensitive information is tightly regulated, transparent, and done the right way.

Until that happens, the powerful digital institutions will do whatever it takes to advance their interests and profit from venturing into new territories — especially what with the healthcare industry becoming a lucrative $3 trillion market in the US that’s impossible to ignore.

There’s no doubting the transformative power technology in advancing healthcare, but in the wrong hands, it could easily result in major privacy violations, undermining consumer trust in the process.