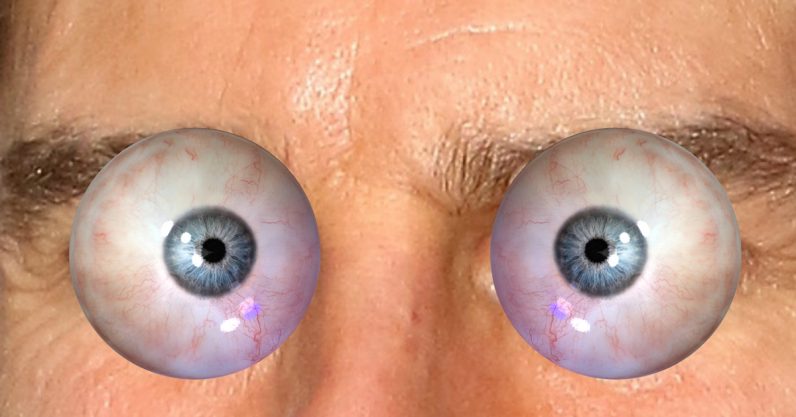 Phone cameras are getting scarily sharp. So much so that a disturbed stalker was able to track down the address of a popular Japanese artist from selfies she posted on social media — by literally zooming in on the reflection of her eyes.

The obsessed fan, Hibiki Sato, later used the information he gathered to attack 21-year-old member of J-pop collective Tenshitsukinukeniyomi, Ena Matsuoka, in front of her home in Tokyo, according to local outlets. The assault took place on September 1.

The 26-year-old assailant picked up the location by identifying a bus stop in the reflection in her eyes and matching it to a street using Google Maps, AsiaOne reports. He eventually admitted to the attack when he was arrested on September 17.

Sato had been waiting at a bus stop outside Matsuoka’s home, where he approached her from behind and covered her mouth with a piece of cloth. He then dragged her to a dark corner where he molested her, injuring her face in the altercation.

Speaking to the authorities, Sato claimed he was a huge fan of Matsuoka, and added he was even able to guesstimate the floor she lived at using Google Street View, and based on the light in the reflection of the windows and her eyes.

This type of stalking is clearly an absolutely reprehensible act, and the attack itself is even more deplorable. More worryingly, there has been a string of high-profile stalking and assault cases in recent years.

The incident is also a reminder at how powerful the technology packed inside our phones has become — and how it can be inadvertently used against us.

California-based nonprofit Privacy Rights Clearinghouse warns that even the tiniest details in a photo like “a house number or an identifying landmark in the background” can be used to identify an address. In the case of Matsuoka, though, it was a reflection in her eye.

Read next: Why Amazon is your competition — no matter what business you’re in