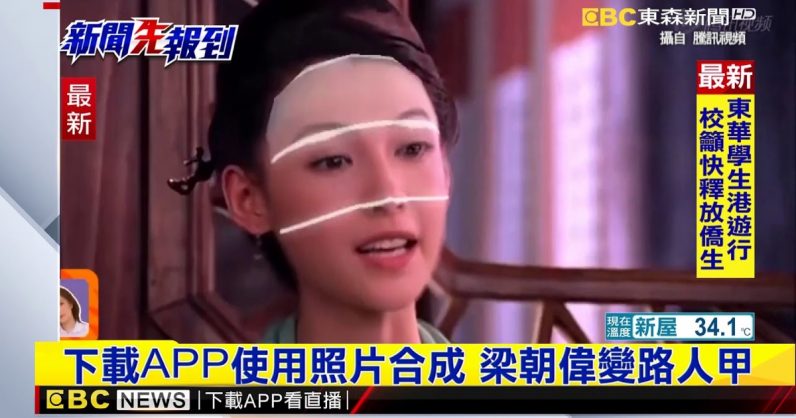 Last week, a Chinese social app developer named Momo introduced a face-swapping app called Zao. The app, which lets you overlay your face in existing photos and video, shot to the top spot in the entertainment section on the App store, and posts with Zao-related hashtags gathered over 8 million views on Chinese social network Weibo. But along with its immense popularity, it stirred up a ton of privacy concerns.

If this tweet is to be believed, Zao does an astonishingly good job of swapping faces:

In case you haven't heard, #ZAO is a Chinese app which completely blew up since Friday. Best application of 'Deepfake'-style AI facial replacement I've ever seen.

Here's an example of me as DiCaprio (generated in under 8 secs from that one photo in the thumbnail) 🤯 pic.twitter.com/1RpnJJ3wgT

The app uses the same artificial intelligence technique deployed by deepfakes to swap faces in photos and videos. Bloomberg noted that, alarmingly, the previous version of the app had a clause that gave full rights to the company to use your photos as “free, irrevocable, permanent, transferable, and relicense-able” property. It meant the company could use and send your photos to a third-party without your specific authorization.

After a ton of outrage and negative reviews on the App Store, the app‘s developers have removed the clause and said it has deleted all previously uploaded photos from users.

Chinese viral deepfakes app #ZAO Clip of myself as Sheldon generated in a few seconds from a single picture. pic.twitter.com/JI7MqWUDu6

In a statement on Weibo, the company said it will soon release fixes to mend privacy concerns:

We understand the concern about privacy. We’ve received the feedback, and will fix the issues that we didn’t take into consideration, which will need a bit of time.

Just a few hours ago, WeChat has blocked the app. We’ve reached out to Apple for comment, and we’ll update the story if the company gets back to us.

In July, another AI-based face effect app, FaceApp, was the center of controversy as one of its clauses allowed the company to use and share consumers’ photos with third-party. Later, it clarified that it doesn’t sell any user data to third party and gave an option to request data removal too.

While these apps look quite fun to use, we’ve seen repeatedly that they use hidden clauses to manipulate user data and put their privacy at risk. If you’re going to use apps that ask for your pictures or personal information, be sure to read their terms and conditions before using them.