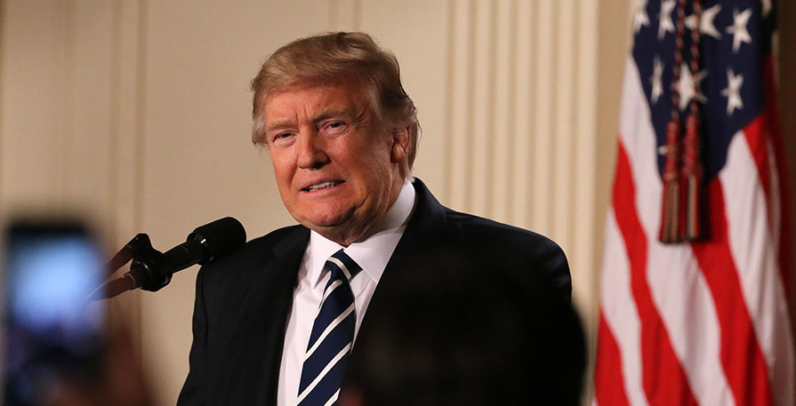 It seems the titans of the tech industry are hardly the only ones dissatisfied with President Donald Trump and the long string of controversial orders recently instituted by the new US commander-in-chief.

Multiple sources report radio stations in South Carolina and several other states across the country were hacked to blast a less-than-supportive rap song taking aim at President Trump. The song in question – ‘Fuck Donald Trump’ by California rappers YG and Nipsey Hussle – reportedly ran on repeat for at least 15 minutes.

To infiltrate the radio stations, the hackers resorted to exploiting a well-known vulnerability in low power FM transmitters. News outlet Heat Street has been able to confirm the hackings had taken place through a glitch in Barix Exstreamer devices, commonly used for decoding audio file formats before sending them along for transmission.

RadioInsight reports the breach affected multiple stations, but some were quick to shut down transmission in an attempt to to avoid getting in trouble for airing the anti-Trump song.

While the hacking has so far been noticed in South Carolina, Texas and Tennessee, unverified rumors suggest the attackers had also successfully tampered with radio stations in Washington, California and Indiana.

In the aftermath of the breach, WFBS-LP Radio President Frank Patterson said his team has been able to recover the IP address of the attacker and has since passed it along the FCC, later revealing it was from an international origin.

As RadioInsight remarks, this isn’t the first time radio stations have dealt with similar hackings. Back in 2016, attackers infiltrated numerous stations through unsecured Barix STL devices, hijacking their signal to play a raunchy podcast about furry sex.

And in case you wanted to have a listen to the Trump dis song, here it is:

Read next: PSA: The PlayStation 4 will get external HDD support with firmware 4.50