Few words have more power – and baggage – than “story.” It describes everything from novels, movies, and TV shows to news reports, histories, and podcasts. In business, we love to borrow the power of “story,” even when it’s probably the wrong word choice.

Often, we think we’re storytelling when, in fact, we’re arguing. We’re more like lawyers in the courthouse than old-fashioned storytellers glowing in front of a campfire.

Rather than tell a story, we use stories to back up our arguments. Stories supply evidence, emotion and imagery that a purely logical argument lacks.

Most of us do business presentations in which consensus, decisions, solutions and investments are among the intended outcomes – not entertainment for its own sake. Far from knocking “storytelling,” I want to show how this distinction between stories and arguments can help us become better presenters.

In aggregate, dictionary definitions of story say this: a story is an account or description of incidents and events that can be true or imagined. Business people usually present to each other without recounting incidents and events. They don’t use Joseph Campbell’s “hero’s journey” or other archetypal narrative structures from movies and novels. Rather, they try to convince an audience to believe a perspective and follow a corresponding plan of action.

That said, good arguments are often backed by stories. A founder, for example, wants to convince VCs that her company is a worthwhile investment. To start, she tells her origin story, which happened in the past and led to the present. Then, she tells the imagined story about how the company will grow, presumably with the VCs’ backing. The second story is like a casting call. It invites the VCs to join one of the founder’s stories.

Whether you’re making an argument or telling stories, you’re concurrently in a story. Many stories, in fact. You may be a hero in one, a villain in another (do you have teenage kids?), a supporting character in yet another and a mere extra in dozens more. It’s difficult as hell to look at our world without stories filtering the view.

How might this distinction change your presentations? Let’s consider a few components of presentations and discuss where stories fit.

Often, presenters are advised to hook their audience immediately with a provocative, personal story. It happens on the TED stage. But does that work at your pitch or your marketing meeting?

If you’re pitching coworkers on a way to help college students avoid crushing debt, you could tell them your story of overcoming debt – if you have one and it’s instructive. As an alternative, you could give the data about how 45 million Americans are contending with $1.5 trillion in student debt. Or, maybe, you share the data and then humanize it with stories.

In other words, hooking with a story is a choice, not a necessity. In fact, getting yourself out of the way and getting to the problem and solution might cause an audience to perceive you as a hero and themselves as potential companions in a story about overcoming that challenge.

Conventional wisdom holds that the best slide decks have nothing but images and that bullet points are bad. I think this is a bit extreme.

To start, what kinds of images are we discussing? A crying baby meme might be an entertaining way to soften bad news before you move onto the solution. However, if you’re discussing a serious issue that threatens your company, 20 slides of memes might come across as flippant.

Conversely, overloading a deck with words, graphs, charts, and data could crowd out the stories that help people ground complex ideas in reality. If your slide gives 50 data points in 10 minutes, people may lose track of your argument and fail to retain the key points. Try giving five data points and five related stories instead, and don’t be afraid to reinforce important ideas in text.

Good arguments and stories often repeat themes. No one forgets the recurring line of The Big Lebowski: “Shut the f*#k up, Donny.” Or the line that defined a season of Game of Thrones: “You know nothing, Jon Snow.”

Repetition breeds familiarity, like an inside joke. It makes audience members feel like part of your story. Martin Luther King Jr.’s “I Have a Dream” speech is perhaps the best examples of how repetition bolsters an argument with an imagined story – a series of dreams – that listeners find irresistible.

Phrases like, “We stand for ____,” “We do not settle for ___” and “____ is not who we are” become effective rallying cries when repeated. People hear them, identify and join the story.

It’s scary to be boring during a presentation. Our standards are skewed by all the standup comedians, TED speakers, and viral videos meant to hook attention.

However, if we get into the mindset of always being entertaining, we risk sacrificing clarity and focus. Day to day, we speak to audiences that, far more than a TED audience, share our experience and care about the issues at stake.

Take comfort in knowing that colleagues, clients, and investors want to participate in meaningful actions and events. The stories you can tell are rarely as powerful as the overlying argument that invites them to join your story. 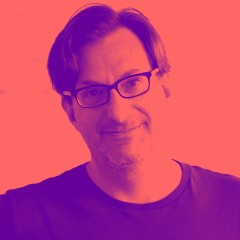