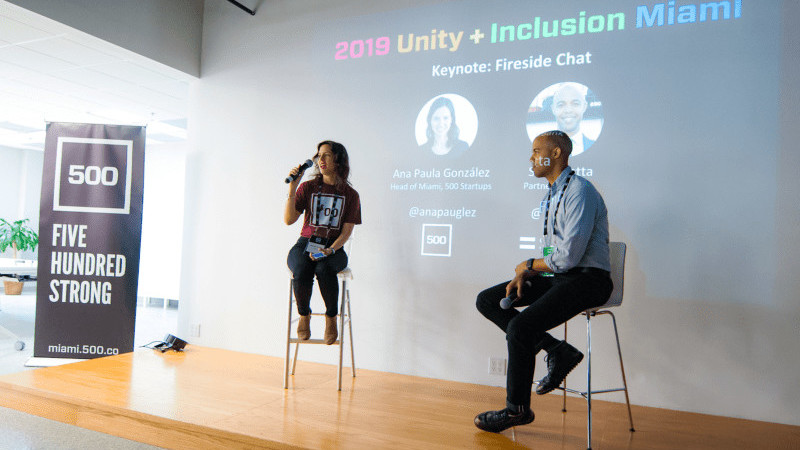 Many may have been surprised when Miami made the shortlist for the Amazon HQ2 finalists, and even more so when Amazon’s search committee made a second trip to the city in the fall of 2018.

After all, the city is very different from the other large urban contenders New York City, Chicago, Dallas, and Washington DC. With its beaches, art deco architecture and multi-cultural flavor, Miami is generally characterized by its booming tourism and real estate industries.

However, in the same way as Miami earned its nickname ‘The Magic City’ for its rapid urban growth in the late 19th century, over the last seven years the city has placed itself on the map as a quickly growing international tech and startup hub.

Tech giants such as Google, Twitter, Facebook, Uber, Lyft and Spotify have all based their LatAm headquarters in Miami, and the city is now home to 139 startups and companies on the Inc. 5000 list – registering the highest startup density found in the US, at roughly 247.6 startups per 100,000 people. All of this contributes to Miami now being rated the second most entrepreneurial city in the U.S according to the Kauffman Index. Over this past year I made a visit and was able to get a glimpse into the city’s startup scene.

Over the last few years, a number of co-working spaces such as Pipeline and The Lab, and of course, WeWork (x3) have popped up around the city, creating mini tech-hubs in areas like Wynwood, Coconut Grove, Brickell, and neighboring Fort Lauderdale.

Accelerator programs have been launched by organizations like Endeavor, which runs a five-month ScaleUp Program, Startupbootcamp, with its funded accelerator for health technology companies, and the Cambridge Innovation Center (CIC), which offers coworking spaces, experts, and laboratory access to startups – especially those working in the health space. Other notable programs include Rokk3, a hybrid investor-accelerator led by CEO Nabyl Charania, Venture Hive Miami, WIN Lab Miami, and The South Florida Accelerator.

More recent entrants to the city include TheVentureCity, a multi-industry fund targeting B2B/B2C product-based software companies based in Miami and Madrid, as well as global powerhouse 500 Startups, which has had a base in the city, offering regular events, workshops, and also a three month growth program.

One of the leading centers in the city is also Building.co, a coworking space for tech companies and startups that was founded by Jose Rasco and Juan Diego Calle after they had built and sold dotCO for $109M.

Locally, the University of Miami, Florida International University and Miami Dade College all have strong computer science departments, and over the last couple of years have launched programs to promote entrepreneurial growth.

Coding boot camps like Wyncode and Iron Hack have pushed thousands of developers back into the local ecosystem. Meanwhile, NGO LaunchCode aims to improve access to low-income and minority groups who are normally out of reach of well-paid tech jobs. LaunchCode has already helped over 700 Miami residents learn essential tech skills in South Florida.

While access to tech talent was traditionally a challenge for local tech organizations, Rosa Jiménez Cano, head of ecosystem relations for TheVentureCity, told me that Miami’s growing reputation as a startup hub and tech giants’ recent moves to the area are both attracting more senior tech talent from other hubs such as Silicon Valley, New York, and Boston.

Also, with foreign-born residents making upwards of 40% of Miami’s population — nearly three times the national average — it is clear that there is a steady flow of talent from abroad, and in particular from Latin America. As an example of this, Guillermo Garcia and Joaquin Brillembourg are two entrepreneurs from Venezuela building the Miami-based startup Smarthop in part to create jobs in the trucking industry.

Thanks to the abundance of coworking spaces, accelerators, and startup support organizations in the region, there are a number of choices for meetups, workshops, and networking sessions.

Eventbrite and Meetup feature everything from hackathons to events specifically for female entrepreneurs in a number of locations. For newcomers to the city, Venture Cafe Miami, led by Founding Executive Director Leigh-Ann Buchanan, is a great starting point. Its signature event #ThursdayGathering runs every Thursday and brings together expert mentors with students and local entrepreneurs. It is also worth checking out Refresh Miami, an organization which holds regular events designed to boost networking.

One of the crown jewels for the annual events calendar is eMerge Americas, designed to build out the southern Florida tech ecosystem and bring together the tech communities of Latin America and North America. In 2019, more than 15,000 attendees from over 400 participating companies and 40 countries took part, and this year’s event featured a hackathon organized by the Wyncode Academy, Ford, GE Digital and Ultimate Software around the theme of “Connecting Miami with the World”.

In March of this year, 500 Startups held its first Unity & Inclusion event in the city, bringing together entrepreneurs, investors, and the tech community to talk about the current state and future of diversity and inclusion in tech.

In previous years, Unbound Miami Innovation Festival has drawn upwards of 5000 attendees, allowing startups to network with high-level executives from regional, national and international corporations. Another conference is Miami VR Expo, founded by Michelle McKoy, which highlights the city’s growing virtual-reality scene and completed two years with over 3500 attendees.

Newer players are also entering the events space with vertical-specific events too. In August, the Finext Conference will bring together a select group of decision-makers from fintech startups, with representatives from banks and traditional financial services, in addition to the FINNOSUMMIT conference in November. In January of 2020 bitcoin and blockchain investors and innovators will come together at the North American Bitcoin Conference. Another organization is HackMiami, an organization of information security professionals that host the annual conference ‘HackMiami Conference’.

There are no local or state income taxes in Miami, and Florida’s corporate tax is only 5.5 percent, one of the lowest across the entire country. In recent years both the Miami Dade Country and Miami City local governments have hired CIOs, and are putting a real focus on attracting business and driving innovation.

Organizations like the Beacon Council make it easier for companies to do soft landings in the region by assisting in renting offices, informing about tax exemptions and connecting with local entrepreneurial grants and programs.

The Miami-Dade Mayor Carlos Gimenez and Miami City Mayor Francis Suarez, have also been praised for working together to boost innovation and employment, despite the fact that they come from opposing political parties. Francis Suarez stated his commitment to making innovation and entrepreneurship “an economic driver for the city to remain competitive in the global marketplace.” According to Nick Kyriakides of NetTalk, easy business creation with the State of Florida, no personal income tax, growing network of co-working spaces, and expat intellectual capital that has emigrated from South America has contributed to the perfect storm for putting Miami on the map.

For early-stage funding, the Miami Angels and Florida Angel Nexus are active in the region. Access to venture capital funding is improving over time too. You can find a list of the most active VC firms here.

According to 500 Startups Partner Ana Paula González, Florida has consistently recorded some of the highest growth rates in the US both for VC dollars received and for the size of rounds over the last 6 years.

2018 was a great year for VC funding in Miami, with almost $1.4 billion raised across 128 deals, accounting for approximately the same amount invested across the whole LatAm region. In a recent Forbes article, Felice Gorordo, CEO of eMerge Americas, argues that over the last five years investments trends across South Florida and Latin America have run almost in parallel.

In April 2019, Softbank announced that it will be launching a new $5 billion Innovation Fund focused on the LatAm region, which will be based in Miami. The fund has come out swinging, with investments including a $231 million round in Brazilian fintech Creditas.

Tech innovation is not new in the region. The first wave of entrepreneurs such as Cordis and the Coulter Corporation began pioneering the field of medtech in the 1950s, followed by IBM and Terremark bringing data centers and home computer development to the region in the 1980s.

While Miami has only started to start being noted as a tech hub in recent years, IBM and Motorola had large campuses in the region for decades, and actively formed partnerships with local colleges such as Florida Atlantic University to improve the flow of technical talent.

In his TechCrunch article, Juan López Salaberry argues that the real defining moment for the local startup scene came in 2012 when the The Knight Foundation started investing resources into local initiatives. This caught the attention of large startup support organizations and in turn, the interest of investors from across the country and abroad.

Miami has developed all of the key components for a strong, sustainable startup ecosystem. As global investors increasingly set their sights on the LatAm region, Miami, the gateway to this region, is sure to benefit.

Developing tech talent on home turf remains a challenge for the region, as it lacks the abundance of esteemed technical colleges found in more established tech hubs such as New York or San Francisco. That said, Rosa Jimenez Cano points out that coding boot camps, and organizations like LaunchCode are doing a great job of creating entry-level development talent, which will mature over the next few years.

However, as long as local authorities continue to make it desirable for tech giants and startups to set up shop in Miami, the high quality of living and comparably low price of launching and maintaining a business in the region will surely continue to draw senior talent from afar. 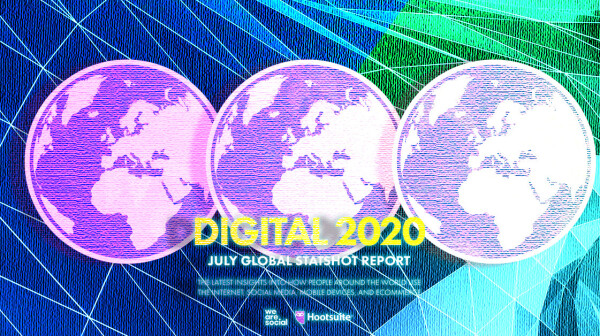