A flawed approach to page speed measurement is sabotaging ecommerce sites. There, I said it.

Now I know this might be an exaggeration, but it really is time for a change. A historical focus on network-based metrics — bytes downloaded per page or assets per page, for example — and an excessive emphasis placed on first-page load times have meant the rest of the customer journey on the web has suffered.

Developers and product managers have been relying on tools like Google’s Lighthouse to measure page load speed, and once the search giant began considering mobile page speeds in its website ranking algorithm, that reliance only grew.

Unfortunately, while Lighthouse and similar tools are great for measuring first-page loads, they don’t measure browsing speed — the time it takes to transition from one page to the next. That’s a glaring omission.

We build what we measure

Mobile UX expert Luke Wroblewski has summed the problem up nicely: “People unlock their phones around 80 times a day. … Most sessions are very short — most under 30 seconds. Given that, if things are slow, you’re going to really, really, really hate it.”

In fact, Ericsson researchers have determined that slow loading times create the same psychological discomfort for users as watching a horror movie or waiting in line at a store. The latter is especially telling, as consumers often turn to mobile shopping precisely to avoid those long lines. Yet, according to Monetate data, typical mobile sites convert at only 38 percent of their desktop counterparts. Optimizing mobile browsing speed will help close this gap.

This issue affects ecommerce websites in particular because the average ecommerce session is just over three minutes long and covers six pages, each taking almost seven seconds to load. That means for 20 percent of the session, users are waiting, bored. Shaving a second off the first-page load doesn’t drop the wait time much, but reducing browsing speed to the sub-second range (e.g., 300 milliseconds) brings the time spent waiting (and NOT engaging) down to just 5 percent.

As a user, that certainly makes for a better experience. On the other side of the screen, the only way to evaluate whether a website has horror-film-like effects is to measure website speed, both first-load and browsing speed.

Two new web development technologies have changed the game for site speed. The first is the rise of mature JavaScript application frameworks like React, Vue, and Angular. These frameworks make it easier to deliver websites as single-page applications, also known as progressive web apps, which don’t have to reload the whole page after a click — think Gmail and Twitter on your mobile browser.

The second is widespread support on both Android phones and iPhones for new features that enable PWAs, which are websites that act like native apps, including instant page transitions, offline browsing, and push notifications. Above all, PWA features give developers greater control over browser caching and content prefetching, which are key to enabling instant page loads that can compete with apps downloaded from the App Store or Play Store.

Essentially, websites can now compete with native apps in the realm of browsing speed. But the majority of site speed tools aren’t measuring that at all. Something needs to change to ensure that the user experience improves along with site-building technology. I’m suggesting that it’s time for a mindset shift from network-based metrics and first-page load to perceptual metrics and optimization of first load and browsing speed.

Change what you measure

The first mindset shift is from network-based metrics to perceptual metrics. Historically, page speed was measured by network-based metrics (e.g. bytes downloaded per page) that had a strong correlation with the speed of a site. PWAs and modern optimization techniques have weakened that correlation. Therefore, teams should focus on newer perceptual metrics that better capture how fast a site actually feels to the user.

In an ecommerce context, the best perceptual metrics to consider are Speed Index, First Contentful Paint, and First Paint time. In simple terms, these metrics measure how long it takes to load the visible parts of a page. They ignore actions like prefetching content that network-based metrics would penalize.

The second mindset shift is an increased focus on measuring browsing speed. Lighthouse is a helpful and popular open-source tool for auditing the performance, PWA compatibility, and accessibility of a site. Unfortunately, it focuses only on first-page load.

Thankfully, a tool called WebPageTest is capable of measuring browsing speed via its advanced scripting features. I recommend using it to accurately measure browsing speed at key points in the customer journey.

A dramatic example of when WebPageTest and browsing speed measurements matter is with Accelerated Mobile Pages. AMP pages are prefetched and delivered directly from Google. That prefetched content loads almost instantly, thus replacing slow first-page loads for new visits to your site with a quick browsing transition.

However, if you compare first-load times from AMP and non-AMP content using most speed measurement tools, you would miss the instant page load in your metrics and think AMP offers little benefit, as these tools don’t measure browsing transitions.

Given the impact of speed on conversion rates and that organic search accounts for more than 40 percent of ecommerce website traffic, this could be a costly mistake.

As web development technologies evolve, it’s important that the way we measure page load speed evolves with them. Otherwise, user experience will suffer. It’s important to remember that every ecommerce website is competing for users’ attention every minute of every day. Your competition isn’t just a competitor’s site. It’s Facebook, email, Netflix, and every other native app on a user’s device.

If you’re focusing on measuring first-page load and neglecting browsing speed, you risk losing the battle for consumer attention. Filling in the gaps on browsing speed where other tools are lacking will help paint the right picture of your user experience.

Ultimately, if you aren’t considering perceptual metrics and measuring your site’s browsing speed, then you’re ignoring most of the consumer journey — and that’s a good way to make sure consumers ignore you. 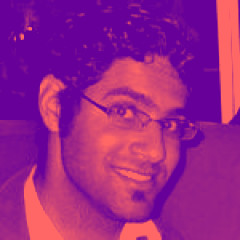