Since its creation in 2005, YouTube has been the go-to website (and app) for watching videos. Today, with more than a billion worldwide users, and videos ranging from high-budget original series to seconds-long clips of children’s birthday parties, it would seem that YouTube has established a platform that can’t be toppled.

But at the same time, YouTube has been troubled. An increasing number of controversies and ethical dilemmas in and around the app are making users question whether YouTube is sustainable. The real question is, could any app rise to become a new competitor in the field?

It could be argued that YouTube’s problems stretch back many years, but things definitely began to escalate in 2018, when YouTube announced new rules and a new structure for monetization. To qualify for the YouTube Partner Program, you now need to have more than 4,000 hours of viewed material over the past 12 months and at least 1,000. This instantly disqualified millions of content creators on YouTube, who got into the program because they had 10,000 lifetime views or more. This change affected small-time creators the most, but therein lies the heart of the problem; YouTube is pushing out small, independent content creators in favor of big-time, revenue-generating behemoths.

There’s also the problem with copyright strikes. YouTube takes copyright infringement seriously, which is good, but the system it uses to handle it leads to some questionable consequences. Whenever a company serves a channel with an accusation of copyright infringement, the offending channel gets a “strike.” In this scenario, the offending video is usually automatically deleted, and some channel features—including monetization—are indefinitely suspended. Upon getting three strikes, the channel may be permanently deleted, and the appeals process for copyright strikes is extraordinarily difficult to navigate. As a result, copyright trolls and criminals have taken advantage of this system; even high-profile YouTube channels have had meaningless strikes against them, or have been extorted for money in exchange for removing strikes.

That’s not even addressing the content-related issues that YouTube has had for years. Most recently, there have been reports that YouTube-hosted videos of young children have been marked with time stamps that highlight nudity or other forms of objectification, presumably for use by pedophiles. The resulting controversy has prompted major advertisers like Disney, Nestle, and Epic Games to suspend their advertising with YouTube for the foreseeable future.

There are certainly arguments to be made that these and other problems plaguing the company are manageable problems. For example, YouTube proponents are quick to remind you that YouTube’s early days featured practically no monetization whatsoever, and content creators were still incentivized to use the platform. Copyright strikes are problematic, but a necessary byproduct of protecting intellectual property. Controversial and/or illegal content is also extremely hard to control without manual intervention.

That said, the problems facing YouTube are severe enough to motivate almost any user or content creator to switch platforms—provided a platform could offer the same robustness and accessibility as YouTube. Therein lies the challenge.

There are some YouTube alternatives to choose from already. If you’re interested in high-quality streaming content, you could use Netflix, Hulu, or any number of other major streaming apps. If you’re more interested in user-submitted content, Vimeo and Twitch are viable choices. But for the most part, there isn’t an app that currently fills the same niche as YouTube, and it may not be possible for one to emerge.

For starters, there’s the problem with establishment. YouTube already has a billion active users, and it’s spent the better part of 15 years growing that loyal fan base from nothing. For a competitor to start encroaching on that territory, they’d need to find some way to get in front of hundreds of millions of people—without attracting the anti-competitive wrath of YouTube leadership. For the majority of YouTube users, relying on YouTube is a convenience; they already have a list of subscribed channels, and are used to how the app works. It would take some serious motivation to force them to switch.

On the business side of things, video hosting is ridiculously expensive. While it’s possible to build an app that mimics YouTube’s functionality, the cost of building and maintaining a server that hosts just a few videos can be pricey; scaling that to the level of hosting billions of videos from millions of content creators would be practically impossible without also generating revenue. And of course, if you start charging people for the luxury of uploading to your platform, you’ll make yourself less attractive as an alternative.

It’s nearly impossible to rival YouTube directly while you’re building from scratch. The only truly viable approach is to challenge them in some specific niche. For example, Twitch emerged as a competitor to YouTube because it appealed to the niche of video game streaming; it could handle live streams by gamers much more feasibly than YouTube, and it wasn’t an audience that YouTube was currently serving.

YouTube has made a number of missteps, both from a business perspective and from a content perspective. Despite remaining the dominant streaming app competitor, YouTube has made it much harder to establish a stream of revenue, and has opened the door to manipulation and extortion with its lax and hands-off approach to copyright strikes. It’s unlikely that the parade of controversies affecting YouTube will continue, so we’ll likely see the app continue to deteriorate in the coming years.

Despite the ongoing decay, YouTube is likely to remain the dominant competitor in this space. The barrier to entry is too high, and it’s practically impossible to generate a loyal user base with a budget that can’t rival YouTube’s. Still, there appears to be ample room for competition in niche spaces, such as those targeting a specific demographic or those offering a specific type of content. Over time, one of these niche competitors may mutate to a form that can challenge YouTube, but in the meantime, we’ll be stuck with this flawed and ubiquitous app. 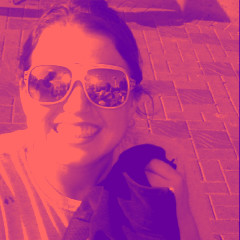