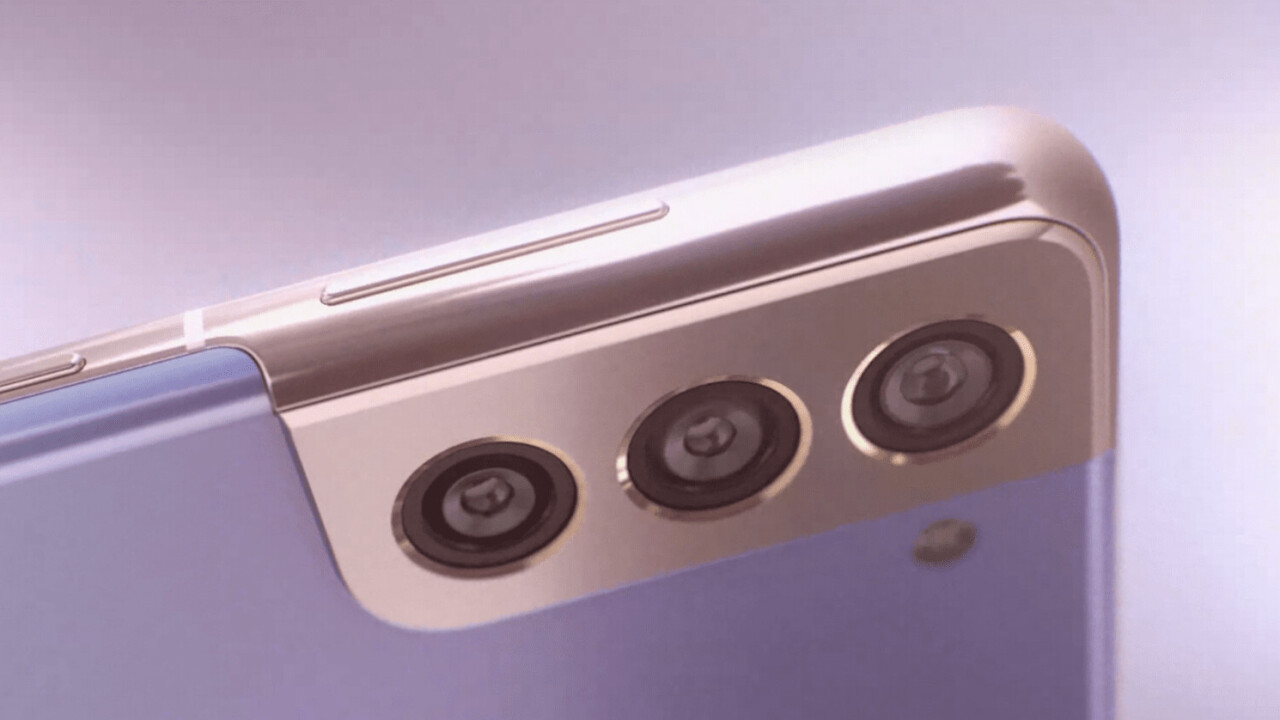 With Samsung‘s Galaxy S21 expected to be announced earlier in the year than usual — as soon as January 14 — it’s no surprise that leaks about the company’s latest line of flagships have started ramping up. But today we got a particularly juicy one: Android Police shared what appear to be clips of official promotional videos for the device, all but confirming the design we’ve seen in leaks so far.

The clips show a nearly identical design for the Galaxy S21…

We can see that the devices feature a flat display and a hole-punch front-facing camera and the expected minimal bezel. New to the series is a two-tone detailing surrounding the three cameras on the upper left corner of the device.

I dig the look, which almost appears to extend the phone’s metallic frame onto the shallow camera bump. According to Android Police, these phones will include 12MP primary and ultrawide cameras, as well as a 64MP telephoto lens.

The Galaxy S21 Ultra, meanwhile, gets a chunkier camera module, featuring five lenses instead of three, but offering a similar design language:

These cameras are expected to include a 108MP primary sensor, a 12MP ultrawide, a 10MP 3x telephoto, and 10MP 10x periscope camera for extra-far subjects. There’s no time-of-flight sensor though, replaced by a regular old laser autofocus system.

The Ultra maintains the curved front panel Galaxy phones popularized, although the effect appears to be pretty subtle this time around. Note that the promo video does not give any indication of whether this device will feature S-Pen support, as has been rumored recently, but the stylus itself is likely to be carried in an optional case rather than integrated into the phone.

Samsung’s next Unpacked event is rumored to happen as soon as January 14th, so it won’t be too long until we find out more. The devices are expected to be available starting January 29, and thankfully, the rumors are pointing to lower price points as well.