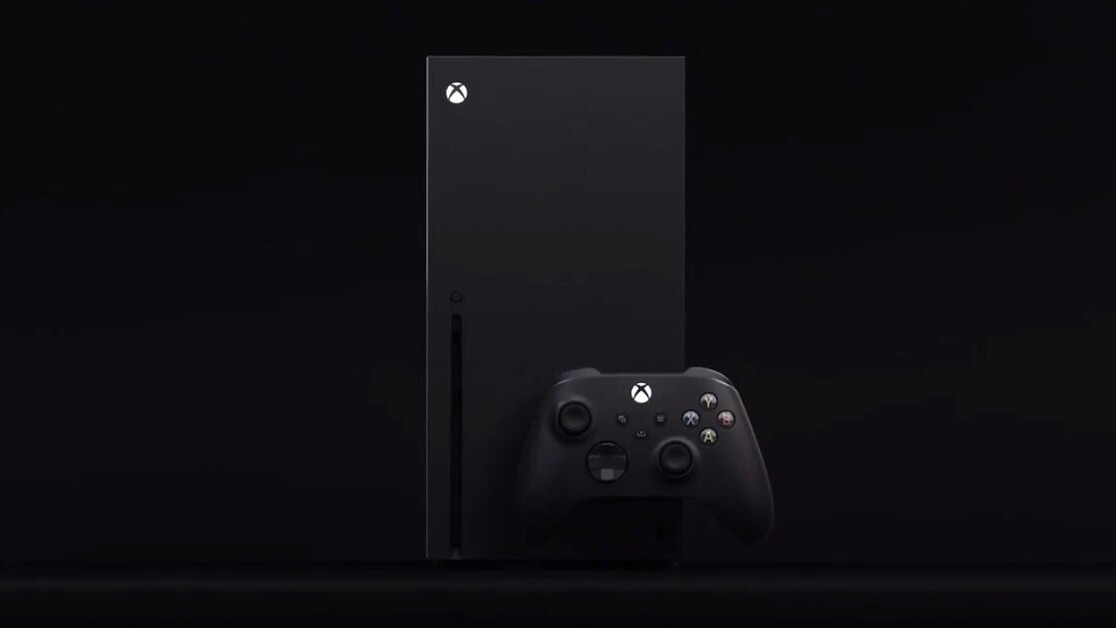 The Xbox Series X is a stunning console that will only get more useful the longer you own it. Its hardware and software are solid, and it will no doubt show off 2021’s games in all their glory. But by the gods, it needs at least one game that properly shows it off, which it does not currently have.

Today we celebrate the power of play together.

I received an Xbox Series X from Microsoft and have been playing with it for a few weeks. I also received several game codes with which to test the console. While I don’t own an Xbox One at the moment, and so can’t do a generation-over-generation comparison, I can say it was roughly the same distance over the PS4 as the PS5 was — in that, once I started playing on it, going back to the previous-generation console felt like a big, sluggish step backwards.

I feel that, to fully understand the new Xbox, a history lesson is in order: when the Xbox One launched, it did so at a considerable disadvantage. It was more expensive than the PlayStation 4, for starters, and it came with some questionable gimmicks: an always-on internet connection, a built-in DRM that prevented gamers from using pre-owned games, and a useless appendix called the Kinect. It baffled consumers, who flocked to the PS4 in droves.

The Series X (and by extension, the Series S) is an embodied attempt to avoid the same mistakes — where the Xbox One was gimmicky and out-of-touch, the Series X is simple, clean, and has hundreds of potential games to play on launch. That said — and I’m not sure I can really blame Microsoft for this given the current state of the world — there’s not one game that really takes advantage of what the XSX has under the hood.

The Series X is a fantastic piece of hardware — and not a bad-looking one, in my opinion. While I’ve often heard the comparison to a fridge, that implies a certain blasé-ness to the design that I didn’t feel. Instead I found that, in spite of my documented disdain for black boxes, I appreciated the console’s understated appeal, even if I did compare it to a cinderblock the first time I picked it up.

The Xbox Series X comes with some powerful toys under the hood, including an upgraded CPU and GPU that boosts the graphics to 4k running at 60 FPS. I think the first moment I gasped was when, upon replaying the opening mission of Gears 5, I saw the treetops swirling under the helicopter. It might not seem like a big deal, but that moment of 60FPS realness struck me in a way it hadn’t when I’d previously played the game on my PC. Granted, you need a TV that can take advantage of these graphics, but if you do it’s absolutely stunning.

That said, the best part of the new hardware is the SSD, which makes every game run at blistering speeds. As with the PS5, it’s something you don’t quite know you want until you’re in the game, and suddenly don’t have to bother with loading screens. For such a powerful console, I also never had much of a problem with noise or overheating — the console remained cool and quiet even after a six-hour gaming binge (I know, the things I do for my job). It’s perhaps not as striking as the PlayStation 5, but if you want something that doesn’t stand out as much, this is your machine.

There’s perhaps one internal drawback, and that’s there’s not much space on the console. I installed less than 10 games total in my time testing the Series X, and the internal storage was half-full. If this were to be my primary gaming machine, it would definitely not be enough for me. And the only option for expansion is the expensive Seagate card, which will set you back $220. You can make do with the internal storage if you must, but it feels like, if you’re installing games off Game Pass, you’re going to run out of room very quickly and suddenly.

Same but better, better but same

Setting up the Series X is a breeze, done mostly through the Xbox smartphone app. All you have to do is boot up both the console and the app, and the app will walk you through the whole process. It’s very smooth and uncomplicated, which I appreciated.

Your face when you finally unbox your new console: 👁👄👁

One feature Microsoft was quick to tout before launch was Quick Resume, a stasis mode of sorts that lets you suspend a handful of your games and switch between them quickly. When it works, it’s a great display of the power of the SSD, as the suspended games load like a snap. That said, I had a few problems with it. There are some games for which it just doesn’t seem to want to work. One hopes that the plan is to roll it out to more games in the future.

For the most part, the users interface is not difficult to navigate. If you’ve seen the Xbox One interface sometime in the past year, you’ve basically seen what the Series X looks and feels like. It’s a little confusing to find some things, as there are multiple tabs you can open, but otherwise it’s basically the same as it’s always been. Not bad — but not showing any signs of significant improvement, either.

Another example of something that’s not significantly improved from its previous iteration is the Xbox Series X’s controller. It looks and feels almost exactly the same as any Xbox One controller, with the exception of a dedicated screenshot button. I don’t want to directly compare the two next-gen consoles — not here, anyway — but this is one area where the XSX is a huge letdown compared with the PS5, which has the extraordinary DualSense.

Hardware and software is all well and good, but what of the games? The Xbox Series X is somehow both the richest and poorest console in the world in that respect. There are hundreds of games you could potentially play on it at launch, but none that really show what it’s capable of.

If you have Xbox Game Pass — and I do still highly recommend getting it — then you’ll have a whole stable full of games at your disposal right away. The vaunted Xbox backwards compatibility, one of the line’s advantages over its PlayStation cousins, is a huge comfort when you first boot up the console. I’m not ashamed to say one of the first games I tested was my Xbox 360 disc copy of Bayonetta (because, if you have the chance to play Bayonetta on more than one console, you should take it).

There’s really nothing to sink your teeth into — the absence of Halo: Infinite is felt so keenly here. While the PS5 has few titles that allow you to really sample what the hardware is capable of, the XSX has none. There’s not even an Astro’s Playroom equivalent to get you used to the hardware. There’s no game you absolutely must play when you boot up the console for the first time.

Even the likes of Gears 5, which would otherwise be a great app to have on a new Xbox console, feels outdated here. It’s not just the lack of a killer app, it’s the lack of a new one. I can only hope the Series X will improve next year, when all of the games that are supposed to really flex the console’s muscles come out.

Overall, the Series X feels a little safe for a next-gen console, but only in the sense that its upgrades are not flashy ones. It’s still a powerful console that will serve you well once some actual next-gen games come out. So please, someone give this beautiful console some games.