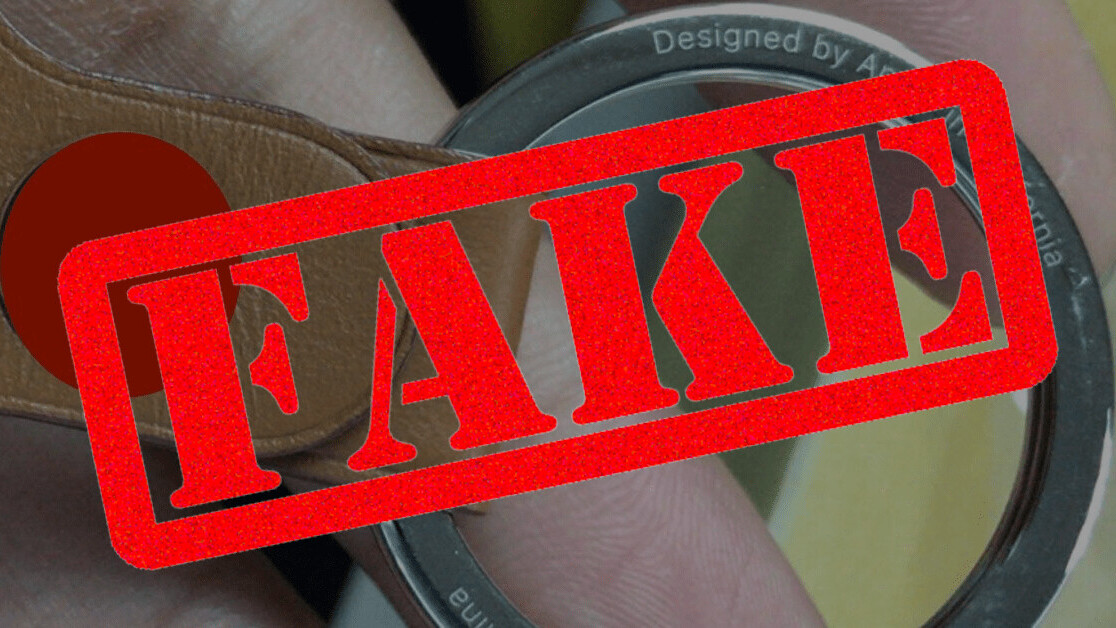 AirTags are one of the great Will They/Won’t They stories in modern tech. Apple‘s Tile-esque tracking devices were first rumored back in 2019 and have seemingly been expected at every event since — including this week’s ‘One more thing’ session.

Whether or not Apple is going to drop its trackers soon is point of contention, but I know something that’s not: these obviously fake AirTags currently making the rounds.

Looks a lot like this previously reported patent, but take it with a bit of salt though since something similar is easily reproducible in China. pic.twitter.com/HHRi2p4Cyu

Let’s have a closer look at them:

To be fair, these aren’t fake AirTags per se, but a fake AirTags carry case. The idea being that you’d put the circular tracking device inside that ring and then attach it to whatever you want kept safe.

This, as the tweet from Fudge points out, looks remarkably similar to a patent Apple filed for its AirTags:

In the interest of being balanced, there is definitely a visual similarity between the image of the AirTag case and the patent. But that’s about as far as I can go: this is obviously a fake AirTags case.

First, let’s look at the “saddle brown” leather attached to the ring. Not only does this look cheap and un-Apple, it’s also a noticeably different color to the items in this shade the Cupertino company usually sells:

Then we have the actual ring itself. Let’s have a closer look at it:

Check out that text on the left. It appears far too prominent on that ring for me to believe it’s actually designed by Apple. Next, have a gander to the right side of the fake AirTags case: that “assembled in China” note is clearly off-centre.

In comparison, if you own an Apple Watch, have a look at the discrete text on the rear of that — it’s worlds apart from the clumsy attempt on this hardware.

All this points to one thing: these are fake-ass AirTags.

That doesn’t mean the real items won’t look a bit like this, simply that these are not them. Fudge, who posted the image, did say to take it with a “pinch of salt” because the patent design could be easily copied — but I think we need a truckload of sodium chloride in this instance.

Whether Apple announces AirTags or not this week (my bet is firmly on not), at least we all had a moment to enjoy what they may look like. Hopefully these fake AirTags have at least added a bit more drama to the Will They/Won’t They storyline. That’s about all I have left.