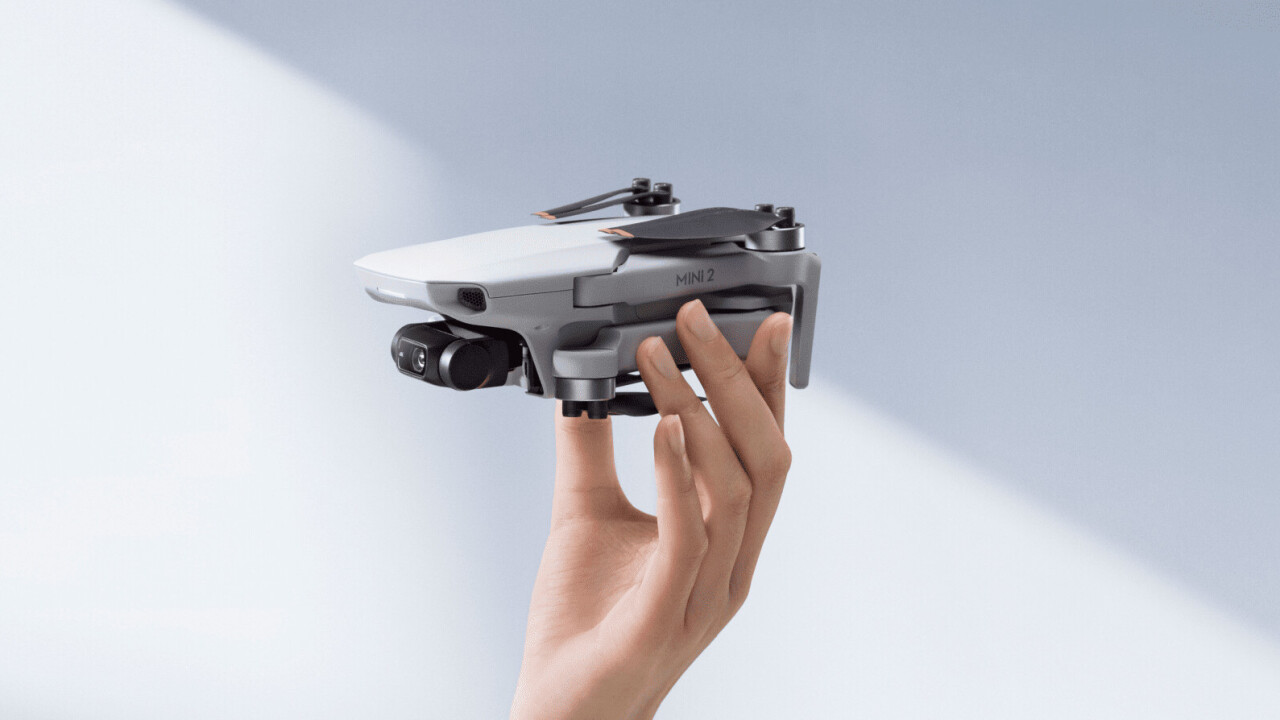 DJI today announced the Mini 2, a small but significant upgrade to the company’s little drone model.

(You read that right, by the way. The new model is called the Mini 2, not the Mavic Mini 2).

As with the original Mavic Mini, the Mavic 2 is light enough that it doesn’t need to be registered with the FAA in the US — it’s 249 grams, just 1 gram under the requirement. The biggest improvement this time around is that rather than connecting via Wi-Fi, which could lead to unstable connections over large distances, the drone uses DJI’s much more reliable OcuSync 2.0.

That technology allows the drone to work at distances of up to 10 km — over twice the distance of the original — and should be much more reliable on the whole. It is, after all, what DJI uses on its more advanced drone models.

The other big update is that the drone can now shoot in 4K resolution at 30fps, up from 2.7K, at bitrates up to 100 Mbps. This allows you to use 2x lossless zoom if recording in 1080p. And of course, you should get silky-smooth footage courtesy of the 3-axis gimbal and built-in flight modes, which are essentially pre-programmed flight paths for a cinematic look.

Other upgrades include a 16 m/s top speed (previously 13 m/s), and wind resistance up to 10.5 m/s (previously 8 m/s). For photographers, the Mini 2 now lets you shoot in RAW for greater control over your images, and the Mini 2 now makes it easy to connect the drone to your phone without using the controller.

Unfortunately, the new features come at a price. The Mini 2 is $50 more than its predecessor, starting at $449 for the basic package with the remote controller and one battery or $599 for the ‘Fly More’ kit which adds a charging hub, three batteries, and a case.