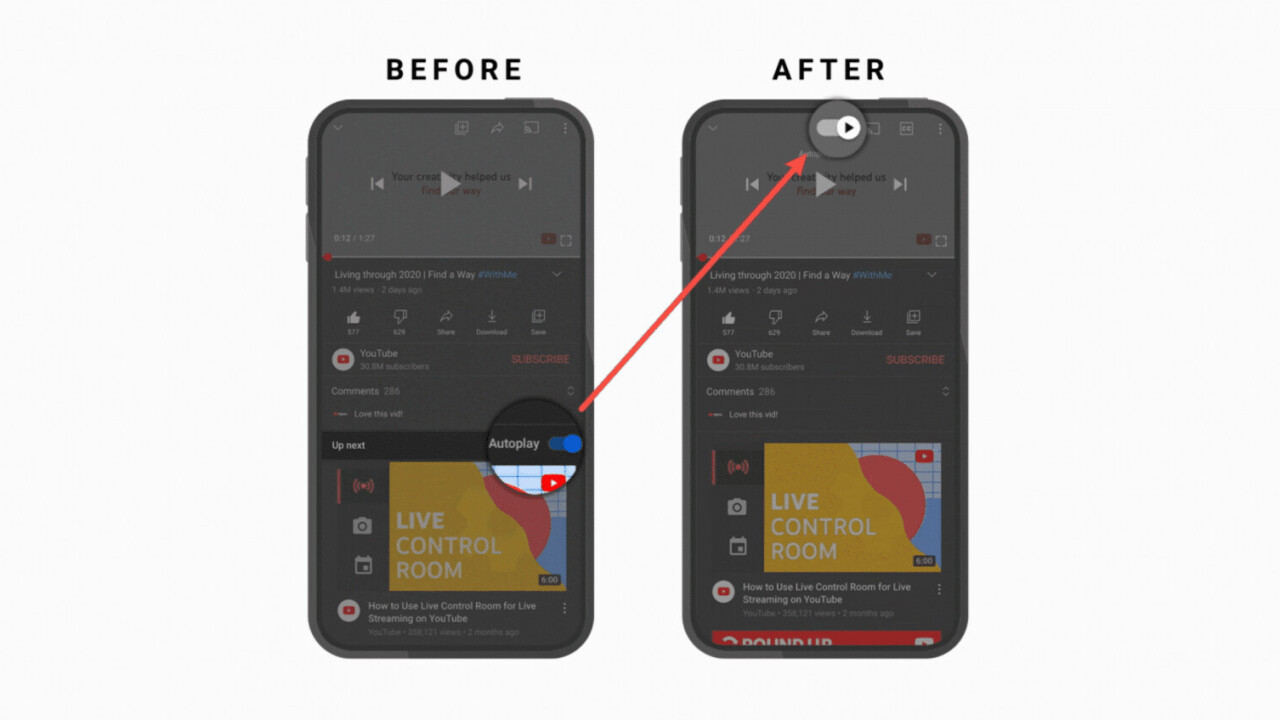 YouTube today announced a series of updates meant to make its mobile app more useful, including a streamlined player experience and new gestures.

A few months ago, YouTube introduced the ability to easily create video chapters by simply typing some timestamps in your video’s description. The company is building on this feature today by adding a list view with thumbnails for every section of the video. This should make it easier to get to the relevant part of a video and makes chapters a little more prominent than they were before.

The company is also adding a variety of gestures to make the playback experience smoother. You can now swipe up on a video to enter full-screen mode rather than poking on a little button or waiting for your phone to autorotate, which is somehow still painfully slow on some devices in 2020. You can also now tap on the timestamp to switch between elapsed time and a countdown, and the app will now provide automatic “suggested actions, which prompt you to rotate your phone or play a video in VR when we think you can have a better experience.”

Lastly, YouTube says it has rearranged the player to make captions easier to access, with the requisite button now available right as an overlay on the video rather than hidden under a menu. The autoplay button is also now more prominent, making it easier to stop YouTube from sending you down a rabbit hole of videos — the company says it’s testing this feature on desktop too.

The features should be rolling out to Android and iOS devices today.