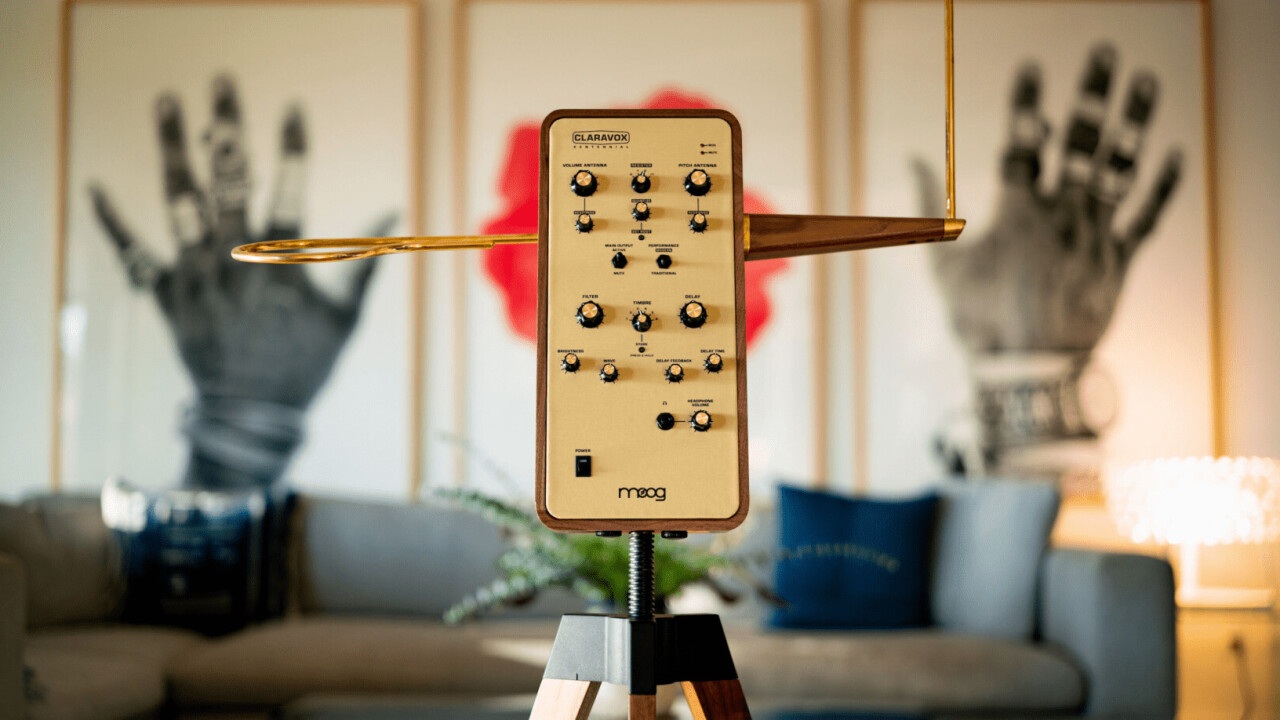 Even if you don’t know what a theremin is, you’ve almost certainly heard it. The futuristic instrument — played by carefully gesturing with your hands in the air — has been a staple of old sci-fi movies and used to add an air of mystery in popular music.  This year the instrument is celebrating its 100th anniversary, so synthesizer giant Moog is honoring it by making, well, a very fancy theremin.

It’s called the Claravox Centennial, after Clara Rockmore, one of history’s best theremin players  — and one who helped showed the instrument could be used for more than creepy music. You can watch her perform here:

For those not familiar, the theremin is essentially a musical proximity sensor in which one antenna controls pitch and the other controls volume. The instrument creates an electrical field that is altered depending on how close your hands are to the instrument. This allows for an expressive range of sounds, despite the instrument’s fundamental tone resembling a simple sine wave. As one of the first electronic instruments, it’s the precursor to so many sounds present in modern music.

The Claravox Centennial pays homage to theremin’s history with a retrofuturistic design that includes brass antennae, panels draped in cloth, and a walnut cabinet. There’s also a custom stand that matches the aesthetic.

The new theremin allows players to switch between traditional circuit and DSP modes that allow for sine, triangle, saw, and wavetable oscillators, as well as a variety of scales, quantization, and assignable octave ranges. There’s analog wave-shaping and BBD (bucked brigade device) delay as well. Other features include DIN MIDI, USB, and CV inputs and outputs, buttons to assign and storage presets, and pitch quantization to help get new players acquainted. It also has dedicated software for further customizing the sound.

For an idea of how the Claravox Centennial itself sounds, here’s a beautiful performance of Claire de Lune by Grégoire Blanc and Orane Donnadieu showing off the new instrument in action:

Or if you’d prefer something less classical and a whole lot more trippy:

The original Moog synthesizer can trace its creation back to the theremin, so it holds a special place in the company’s lineup. The Claravox Centennial will retail for $1,499, which isn’t cheap, but hardly exorbitant for a professional instrument. Theremin players can pre-order the instrument today, and units will begin shipping in December.