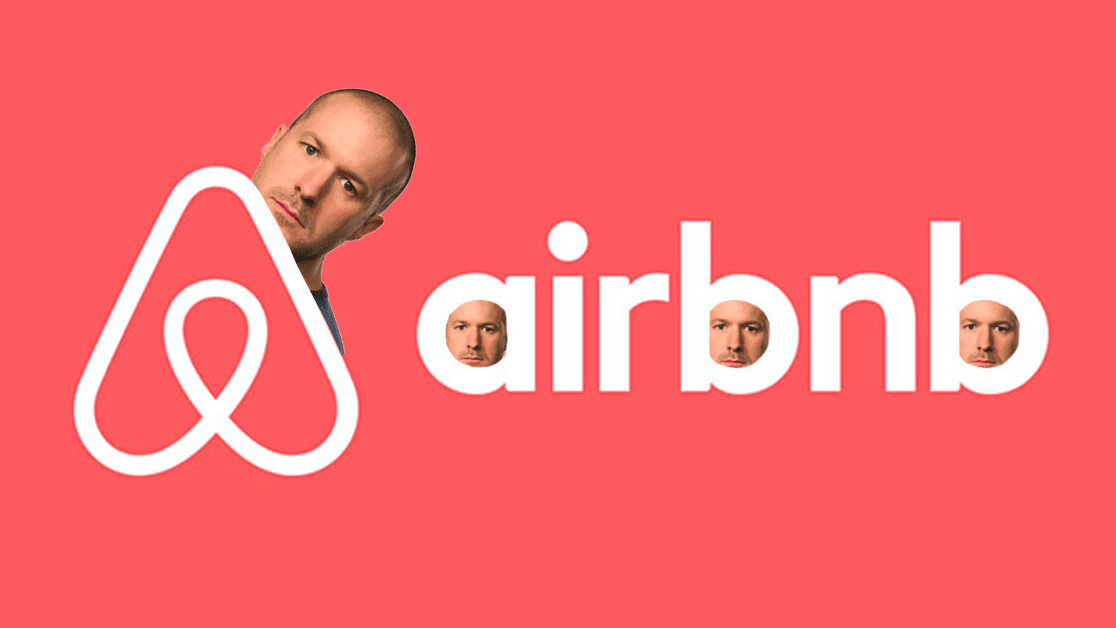 Next time you stay in an Airbnb you better expect some aluminium sides, some polished and laminated leathers, and, potentially, the most innovative flat you’ve ever stayed in. That’s right people, Airbnb has brought on Jony Ive, the ex-Chief Head of Design at Apple.

If you’re unfamiliar with Jony Ive, he’s the man behind lots of your favorite things. He left Apple last year after almost 30 years at the company. During that time, he oversaw the development of almost any modern Apple product or service you want to name, from the iPod to the Apple Stores themselves. Even more importantly, he helped build the design team that’s still pumping out quality shit to this very day.

Anyway, after Ive left Apple, he formed his own company: LoveFrom, an organization so exclusive it doesn’t appear to even have its own web page. I assume this is the internet rich dude version of a bar with no sign.

The reason I mention LoveFrom is because that’s who Airbnb has made a deal with, not Ive directly.

The  accommodation chain’s CEO — Brian Chesky — announced this collaboration in on its blog. Chesky wrote that Airbnb and LoveFrom will be “engaging in a special collaboration,” working together through a “multi-year relationship.”

The goal? Well, that’d be to “design the next generation of Airbnb products and services” and help “develop its internal design team.”

What this actually means — according to the Financial Times — is that Ive will overhaul Airbnb‘s app and website, one element of this being revamping the site’s rating system for guests and hosts.

All this is exciting, but a shame if you were expecting a fleet of swanky new Airbnb complexes that are an engineering feat, managing to distill the essential form of humanity into a relevant architectual mechanism. You’ll have to make do with a new website instead.

Airbnb has been hit hard by the pandemic (bookings were down by 80%), but it is bound to survive. Which is a little bit of a shame because it has been a driving force behind gentrification, rising rents, and the housing crisis. Why can nothing useful also be moral?

Obviously Ive going there is unlikely to make the company change (which is a shame), but it will probably improve the service (which is good). So maybe it’s a net neutral for everyone.

Well, aside from Airbnb‘s current Chief Design Officer, Alex Schleifer, who is “stepping down” following this news. I’ll pour one out for you, pal.