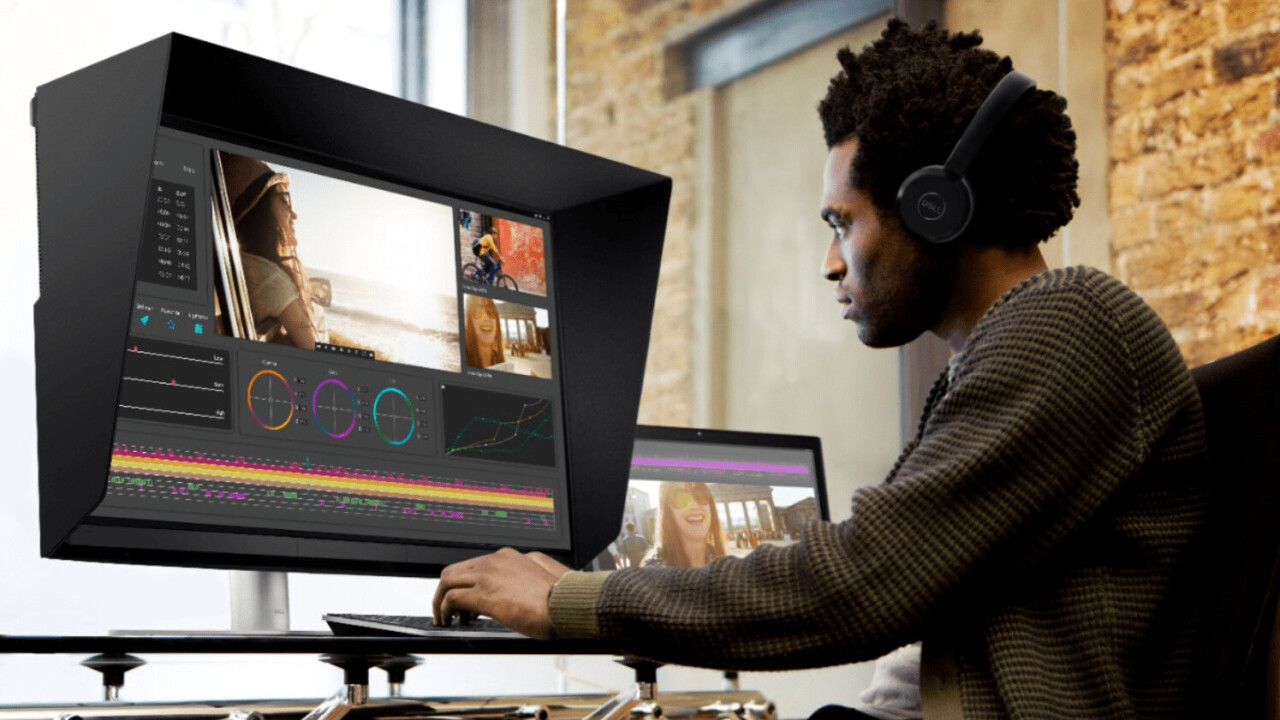 Apple’s Pro XDR display made headlines for its unique design, high image quality, and the fact that it cost $5,000 without including a stand.

Well, now Dell has one of those too – stand included.

Wordily dubbed the UltraSharp 32 HDR PremierColor Monitor, the 4K 32-inch monitor packs the high-end performance you’d hope for five grand. Notably, the display uses mini-LED backlighting for two thousand backlighting zones, compared to the 576 zones in the Pro Display XDR. This, combined with 1,000 nits of peak brightness, should allow for contrast levels of 1,000,000:1 with HDR activated or 1,300:1 without using local dimming.

Perhaps more importantly in practice, the sheer number of dimming zones should, in theory, reduce blooming artifacts in the highest contrast scenes. In other words, it should get a lot closer to the contrast we’d expect from OLED panels.

The most unique feature of the monitor is its built-in Calman colorimeter that allows you to calibrate the display with no PC attached. If you’re the type of person buying this monitor I assume you already have a colorimeter, but it could be handy for those who need frequent tuning. Color coverage include 99.8% DCI-P3, 93% Adobe RGB, and 83% BT2020.

Uber-expensive displays aside, Dell also announced a 34-inch curved monitor and a 24-inch 4K monitor, both USB-C hub capability and USB power delivery. The 24-inch display is only 1980 x 1,200, but includes an unusual and productivity-friendly 16:10 aspect ratio, while the 34-inch panel includes a 3440 x 1440 resolution. You can read more about these and other new displays in Dell’s press release here.