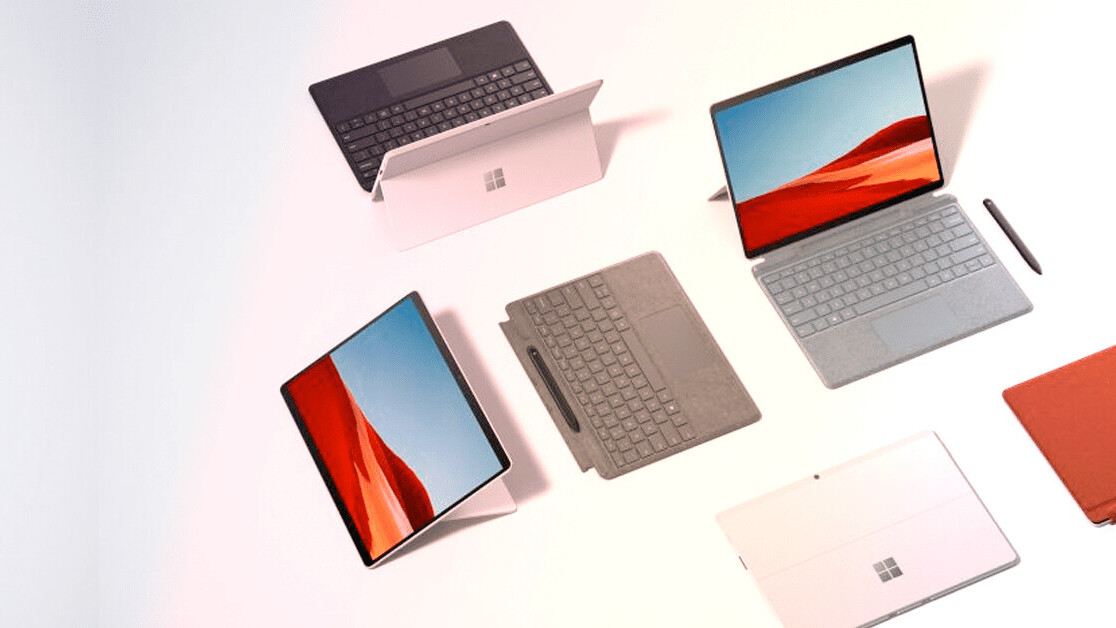 It was just last year that Microsoft introduced the Surface Pro X, its first ARM-powered PC, but the company today introduced a few updates to make the svelter laptop more appealing.

Although the prior model will remain for sale, the company is updating the top-end configurations ($1,500+) with a new Microsoft SQ2 processor, once again created in partnership with Qualcomm. The company claims that with its new chipset, the Surface Pro X offers the fastest performance in the category.

Though Microsoft didn’t provide performance specifics, it appears to be based on the Qualcomm 8cx Gen 2 chip announced in September. Qualcomm claims this processor offers “up to 50% greater total system performance” per watt than Intel’s 7W 10th-Gen Core i5 processor. Microsoft also says software optimizations should bring battery life up to 15 hours per charge.

New chipset aside, the Surface Pro X should get a major utility boost thanks to the fact x64 emulation is set to arrive in November for Windows Insiders (albeit likely next year for everyone else). This is a huge deal, as many, if not most major Windows 10 apps now run on 64-bit code; the 32-bit limitation seriously held back how much one could do on the Surface Pro X.

The company has also made specific optimizations to Edge and Visual Studio Code to improve its battery life and performance on ARM chipsets, and it says it continues to work with partners and developers for better performance on the platform. Ultimately, this is something that will simply take time, but hopefully, x86 and x64 emulation get good enough that users don’t feel the need to switch back to a traditional processor.

On the design front, Microsoft is introducing a new platinum colorway for the SQ2 models that better matches the rest of the Surface lineup. The company is also introducing three new colors for the Pro X’s Signature Keyboard — Platinum, Ice Blue, and Poppy Red — so that the tablet’s design is no longer completely a drab black.

The Surface Pro X is available for pre-order today and will be available starting October 13.