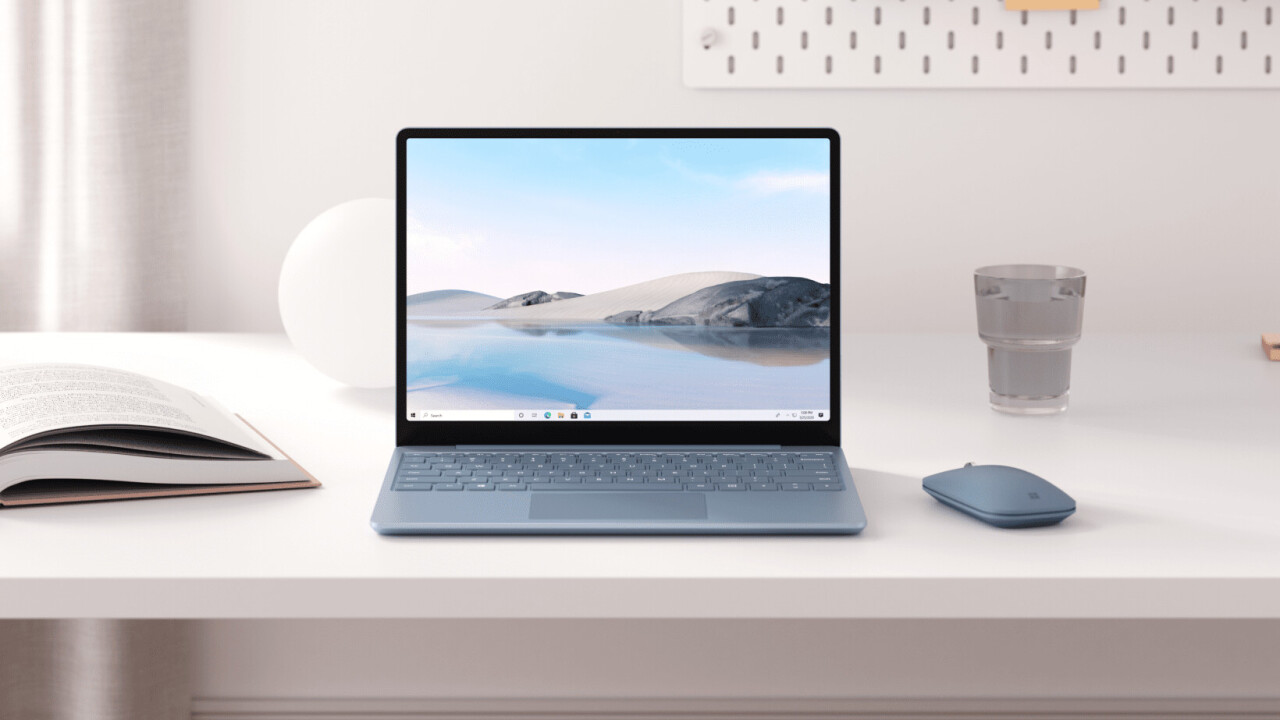 I have a soft spot for the Surface Go. Despite being the least powerful device in Microsoft‘s Windows 10 lineup, the fact that Microsoft managed to fit a great display and a premium-feeling metal design into a package that starts at $400 led me to recommend it often for people looking for their first or secondary computer.

But some people just want a laptop, not a tablet that can kinda-sorta work like one. For these folks, Microsoft announced the new Surface Laptop Go, a 12.45-inch laptop starting at $549.

It’s a pretty remarkable starting price. At first glance, the Laptop Go appears to share the same high-end design as Microsoft‘s other devices, but in the form of a smaller notebook. In fact, the Laptop Go in some ways actually looks a little more modern than its siblings, due to the fact that it has smaller bezels at the top and sides than either the Surface Laptop or the Surface Books.

The laptop features a mostly metal chassis and comes in Blue, Sandstone, and Platinum finishes; the wrist rest is made of aluminum, while the base is made of fancy plastic. It’s also the company’s lightest laptop yet, at 2.45 lbs (1.11kg).

Microsoft appears to not have cut too many corners on the specs. Each configuration comes with a 10th-gen, quad-core Intel Core i5-1035G1 processor. RAM and storage are configurable in 4/8GB and 64/128/256GB options respectively, though you’ll want to avoid the 64GB option, as it uses eMMC tech rather than a standard SSD. Considering the much more expensive 13-inch Surface Laptop also starts with a Core i5, that’s not too shabby.

The one real concession appears to be the display: Though Microsoft is using its ‘PixelSense’ branding for the touchscreen,  the resolution is just 1,536 x 1024, or 148 ppi.

We’ll have to see how bad that is in person, but as an analogy, it’s roughly similar to running a 1080p display on a 15-inch laptop, and just a little better than the old 13-inch MacBook Air. Hopefully, the company has at least maintained decent color accuracy and contrast to make up for it.

Microsoft claims that even the entry-level Surface Laptop Go will “feel snappy and fast” thanks to “cloud-connected experiences like Microsoft 365 and online storage.”

Frankly, if the performance holds up — and I don’t see why it wouldn’t, given the specs — this could be the easiest to recommend Surface yet. You’ve got a solid processor (if recently outdated), decent connectivity, a lovely design (give me that blue, please), and a useful assortment of features at a very reasonable price.

The fact that Microsoft managed to get the starting price down to $549, even if that configuration is light on RAM and storage, and even if the display isn’t quite up to par with the rest of the series, is pretty notable. I’m sure some will be quick to call out the fact you can get a cheaper laptop with comparable specs elsewhere, but that’s missing the point.

The Surface Laptop Go seems to be a nice cheap laptop, and the prospect of owning hardware that feels premium can make all the difference at this price point.

Considering the diminishing returns offered by more powerful specs these days — let’s face it, this laptop is mostly going to be used for browsing the internet, documents, and email — the Surface Go could be one to consider for many people looking for a laptop on a budget. We’ll have to wait until we can spend some time with the device to be sure.