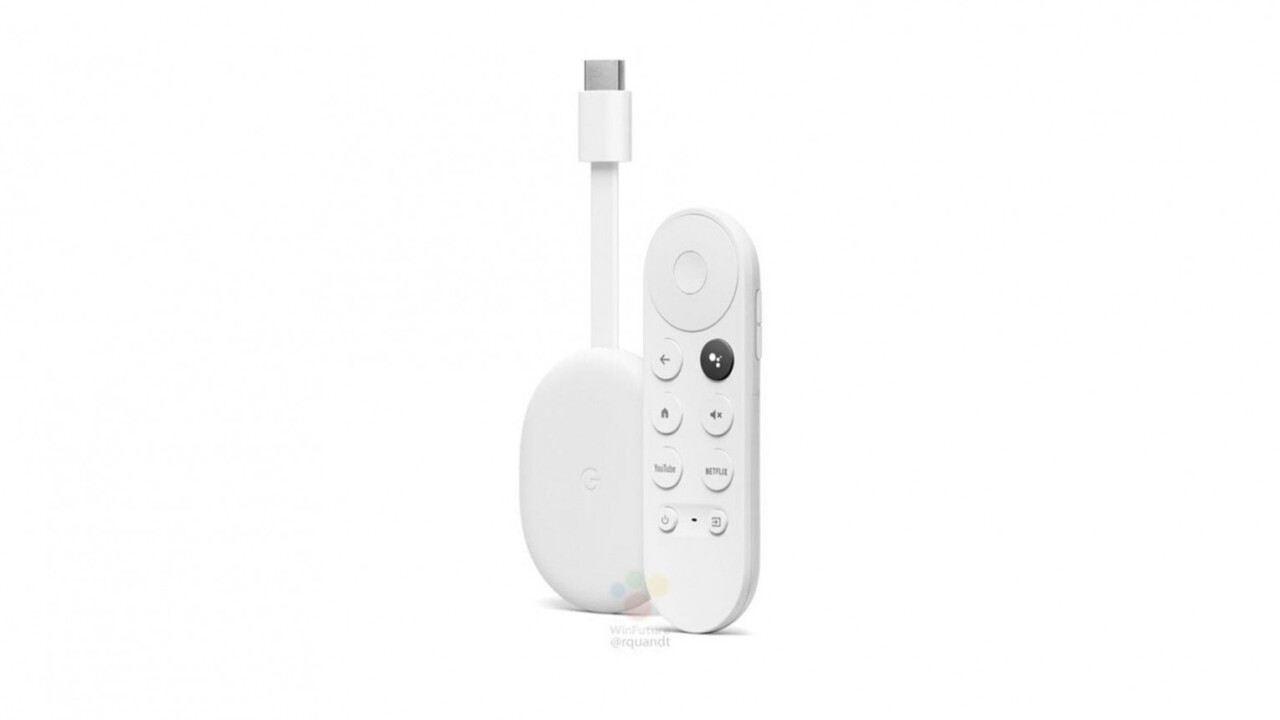 We’ve been hearing rumors about a new Android TV-powered Chromecast — with a proper remote control, finally — for months. There have been sporadic leaks since, but today we’re getting our first good look at the fable remote control, courtesy of WinFuture. Behold:

As usual with Android TV remotes, the physical interface is kept fairly sparse. There’s a directional pad, a volume rocker, the usual navigation buttons, as well as YouTube and Netflix presets. Of course, this being Google, there’s an Assistant button on tow as well. Notably, there’s a power button too; Chromecast modules are normally on indefinitely.

The new image confirms the design we’d seen previously, a new dongle that can be easily hidden behind your TV rather than taking up space on your media console like some other streaming devices. According to WinFuture, the device uses a four-core AMLogic S905X2 chipset with two gigs of ram and “small” internal memory.