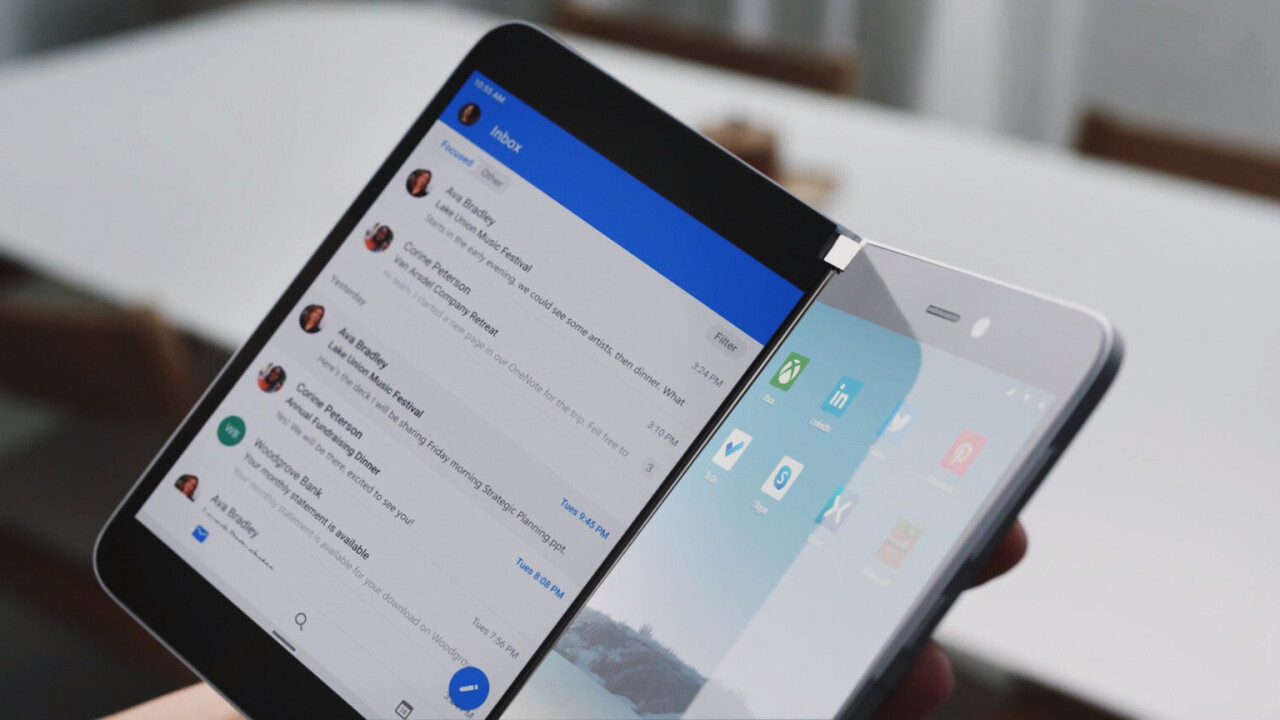 Microsoft wasn’t kidding around last year when it announced the Surface Duo, an Android phone with two 5.6-inch screens joined at the hinge so it can unfold into a tablet. The company has confirmed it’ll launch the device on September 10, with a $1,399 price tag.

Under the hood, the Surface Duo packs a powerful Snapdragon 855 processor, and 6GB RAM, 128GB or 256GB of UFS 3.0 storage, and a 3,577mAh battery. The spec nerds among you will recognize that those aren’t quite top-of-the-line specs, but they’re not too shabby either. I’m equally intrigued by the modest battery capacity for this dual-display device, and by Microsoft’s claim that it’ll last all day.

Unlike most phones these days, the Surface Duo only has a single camera — an 11-megapixel f/2.0 shooter that supports a low light mode, HDR multi-frame shots, 4K video recording at 30fps and 60fps, and up to 7x digital zoom.

The foldable phone is designed to run any and every Android app, and also support some cool tricks in optimized apps, like opening links from an email side-by-side on the second display.

At $1,400, it’s clearly out of reach for most people in the market for a new phone. But beyond that, it also has the difficult challenge of making a case for a dual-screen device, something the Samsung Galaxy Fold series is still taking its time with.