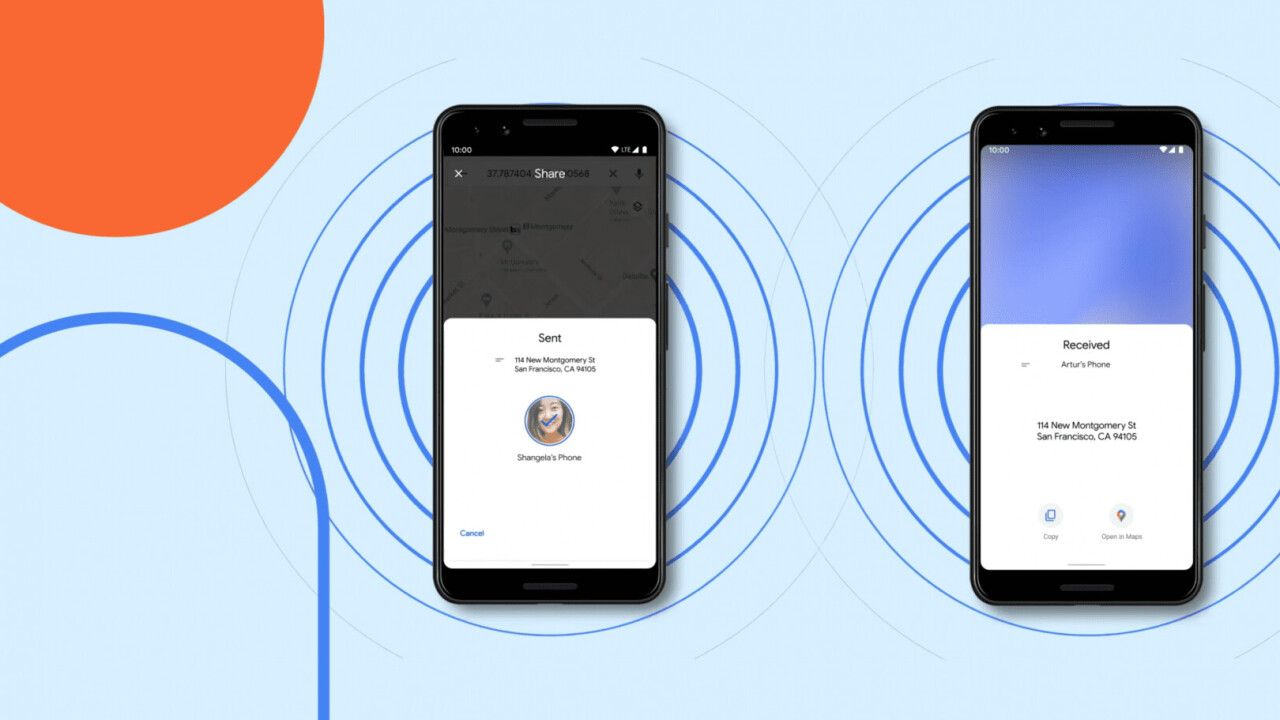 While I’ve always been an Android user, if there’s one feature I’ve long been jealous of people in Apple’s walled garden, it’s probably AirDrop. Today, after years of waiting, Google has finally started to roll out its answer: Nearby Share.

We first heard rumblings of such a feature last year, when it was rumored to be called ‘Fast Share.’ Google confirmed the feature was on the way, and today’s announcement finally made it a reality.

Rather than having to open your messaging app or a dedicated file sharing app and go through the hassle of setup and locating the right file, Nearby Share cuts down on the time it takes to share a file significantly.

Now when you want to share a file or image, you can simply click tap on the share icon, then select ‘Nearby.’ Your phone will then locate other devices that are open to sharing and display them on a list you can quickly choose from, no special app required.

Google automatically picks the best protocol for sharing the file depending on your environment; it could be Bluetooth, Bluetooth Low Energy, WebRTC, or peer-to-peer WiFi. Recipients are required to accept the file before it’s transferred, and you can change your sharing mode with just a tap or two from the quick settings menu in the notifications shade. You can set yourself to hidden, visible only to come contacts, or visible to all contacts.

While you shouldn’t technically need a new phone to use it — it can work with any device running Android 6.0 or later — Google says the feature is rolling out to ‘select Google Pixel and Samsung devices’ today. Google is working with partners to bring to other devices at a later date.

The feature will also eventually be compatible with Chromebooks; Google says Nearby Share will work on Chrome OS ‘in the coming months.’ Hopefully, Google considers bringing the feature to PCs too, perhaps via an app or a partnership with Microsoft. There are are a lot more PC users out there than there are Chromebook users.

‘Nearby Share’ is decidedly less catchy than ‘AirDrop,’ but as long as it works as promised, I’ll be happy. For more on how to activate the feature and share content, you can check out Google’s support page.