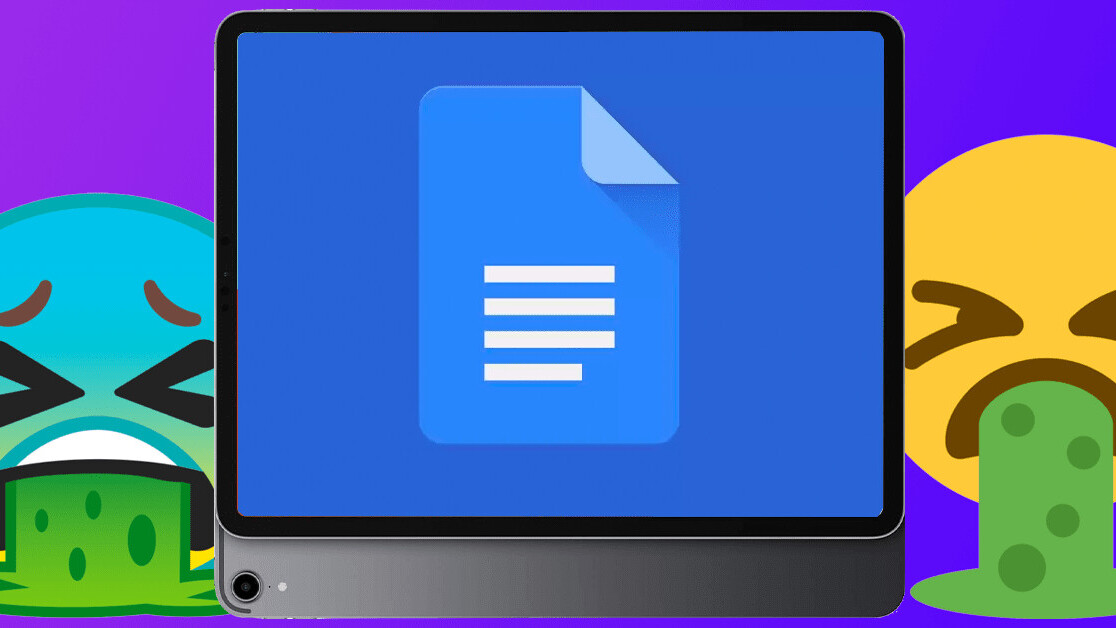 You want niché content? Then damn, you’ve got it — because this is a call for Google to sort out the Docs iPad app.

Look, it’s not bad. It works. But it’s driving me mad. Why? Because it’s not completely compatible with iPad Magic Keyboard. Yes, I can type, but selecting text is a nightmare. And this isn’t on.

Recently, I’ve been on a bit of a tablet renaissance. After using an iPad properly for the first time in years, my whole opinion on the technology changed and, since then, it’s become my lockdown life companion.

Now, alongside the iPad, I’ve also been using the Magic Keyboard. Which, if you’re unaware, looks like this:

Yes, I think a laptop or computer is a bit better to write on. The keyboards on those machines are a bit bigger and have function keys, which, quite frankly, is super convenient. Still, the iPad and Magic Keyboard combo is a perfect setup if you’re looking to get some work done on the go.

Unless, of course, you’re using the Google Docs iPad app.

If you haven’t guessed by the fact you’re reading something I wrote, I’m a writer. And I tend to use Google Docs a lot. Yes, there are some wonderful apps out there like IA Writer or Scrivener, but I find I always come back round to Google Docs because it’s so easy to use across multiple devices and collaborate on.

Basically, the touchpad on the Magic Keyboard allows you to select text like a laptop (you click and drag and it highlights the words) — but only if the app supports that. Which, to be honest, most of the ones I’ve used do.

But the Google Docs iPad app doesn’t. Instead, it still uses the iOS text selection, which looks like this:

If you’re unfamiliar with the way it works, you press, tap, or click on a word, and this blue box comes up. Then, to select more, you drag those blue dots around.

This is quite an elegant solution to text selection on mobile, but it’s hellish on a keyboard. And that’s the experience I get the the Google Docs iPad app and the Magic Keyboard.

A huge part of writing is editing, and a massive aspect of that is quickly selecting text and shifting it around. Google Docs on the iPad makes that a nightmare. It takes me double the amount of time to do something simple and it’s the worst.

Plus, I’m too old to change.

So, Google, if you’re listening, please. Please update the Google Docs iPad app so it works well with the Magic Keyboard. Surely that’s not too much to ask?