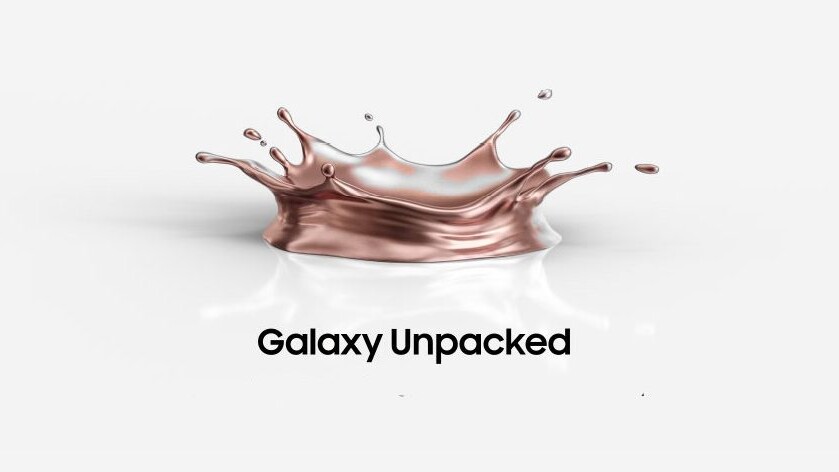 Samsung is holding its marquee Galaxy Unpacked event on August 5 where the company is slated to launch a trove of new devices, including the Galaxy Note 20 and the Galaxy Fold 2.

Let’s get down and dirty with all the announcements we expect at Samsung’s mega event.

Thanks to a slip-up by the company’s Russian website, we’ve already had a look at the Note 20 Ultra once. Various leaks have suggested that both devices will run either a top-of-the-line Qualcomm Snapdragon 865 or Exynos 990 processor. Both variants will come with a base storage of 128GB, and they’ll sport a super AMOLED screen with 120 Hz refresh rate for smooth animations, gaming, and video.

The Note 20 will have three cameras on the back — four if you count the time-of-flight sensor — with a 64-megapixel sensor leading the pack; the Note 20 Ultra will have a 108-megapixel main sensor. The devices will have 4,300 mAh and 4,500 mAh batteries respectively.

Samsung might want to forget its first Galaxy Z Fold phone, which had plenty of problems with the screen and quality of the build. The Fold 2 will be put under the scanner on those specific criteria once it’s available to reviewers.

According to a report by MySmartPrice and leaker Ishal Agarwal, The Z Fold 2 will ship with a single hole punch camera on both displays. The first folding phone from Samsung had a peculiar notch on the side on the unfolded display.

The Z Fold 2 has a 6.23-inch outer display, and 7.7-inch unfolded display with support for a 120Hz refresh rate. The device will sport a triple-camera setup identical to the Note 20.

Along with these new phones, Samsung will also launch its latest version of Galaxy Buds (Galaxy Beans?) wireless earbuds. In the purported marketing video from the brand embedded in the tweet below,  Samsung says, “Keep the noise out. Let the sound in,” hinting at a possible Active Noise Cancellation (ANC) feature.

A report from SlashGear suggests that these buds can act as a lapel mic for video recording on Note 20. It would be super interesting to see if you can keep one of the buds far away from you to record audio from a distance.

As my colleague Callum wrote today, the tablet market is on the rise and Samsung is on the second spot behind Apple. So why not release a new tablet device?

In partnership with OnLeaks, accessories company Pigtou released renders of the upcoming tablet duo: The Tab S7 and S7+. The tablets will have 11-inch LCD and 12.4-inch AMOLED displays respectively.

Samsung will also launch two variants of its latest smartwatch with 41mm and 45mm screens. As prominent leaker Evan Blass noted on his Twitter account, the new watches will have better sleep monitoring, post-run coaching, and automatic workout tracking features.

Both variants will be available in multiple colors and finishes with Samsung‘s signature rotatory dial. The promo material suggests that the watches will have a new heart rate sensor and will be able to measure blood oxygen levels.

As expected, Samsung is packing a slew of devices into its Galaxy Unpacked event. Stay tuned to Plugged for all our coverage of the event.