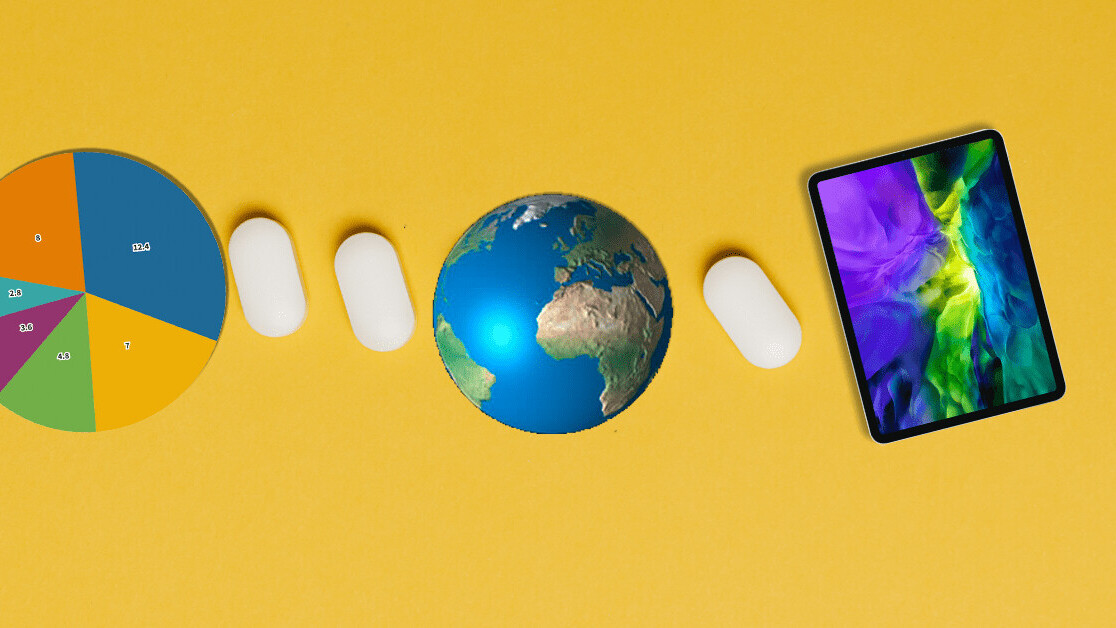 While most industries suffered during the pandemic, things went well for one technological sector: tablet computers.

According to a recent report from analyst firm IDC, the global tablet market recorded 18.6% year-over-year growth in Q2 of 2020. In actual numbers, this meant there were 38.6 million tablets shipped across the world during that three month period.

What’s impressive about this is the tablet market saw a decline over the two quarters prior to this, suggesting that, for once, coronavirus actually helped an industry.

Five companies dominated the tablet market, with Apple coming out at the top spot with a rather tasty 32.3% market share and 12.4 million shipments. The 10.2-inch iPad appeared to be the business’ best selling model, while the Air and Pro models have also shown a strong performance.

Despite gaining the tablet market top spot, Apple actually showed the least amount of growth across the top 5 companies. The other 4 organizations on the list — Samsung, Huawei, Amazon, and Lenovo respectively — all recorded year-over-year growth of at least 42%, while Apple clocked in with a rather paltry 1.3%.

Samsung managed to hold onto its number two spot in the tablet market. Its year-over-year shipment growth came in at 42.5% with 7 million units dealt with in Q2 2020.

Finally, Lenovo got the number five spot, recording a 51% year-over-year shipment growth, something it achieved with the success of its lower-end tablets.

But show us the tablet market pie charts!

And, for some comparison, here’s the tablet market pie chart for Q2 2019 shipments from the same companies:

Take this with a slight pinch of salt though, as the five companies at the top of the tablet market in Q2 2020 weren’t exactly the same as the year before. So while they’ve all grown, there are certainly other businesses that have dropped off too.

Anyway, there we have it: motherfucking pie charts up in here. (Oh, if you’d like a bit more information on the numbers and such, you can go and check IDC‘s report out).

Why has the tablet market thrived during COVID?

According to IDC, the continuing lockdown has seen consumers look to tablets for “entertainment, business, and e-learning.”

And I totally get it.

In fact, I wrote an article that looked at my first steps into the tablet world after a few years of absence, something I was partially driven to do because of lockdown. I went even further and put together a newsletter where I spoke about how having a tablet has helped deal with some of my technological anxiety.

Effectively, I’ve found tablets to be an ideal couch computer. And, considering how much time we’ve all been spending on our couches, the fact the market is growing isn’t a huge surprise.

And that’s just my personal experience overlaid on the tablet market.

The fact is that lots of companies produce very reasonably priced bits of kit that are far more attainable for a lot of people than laptops. And if you need to get something to work or learn on, they’re a great affordable choice.

There you have it! Some interesting information regarding the shift in the tablet market caused by the pandemic. Plus, two pie charts. What more could you want?