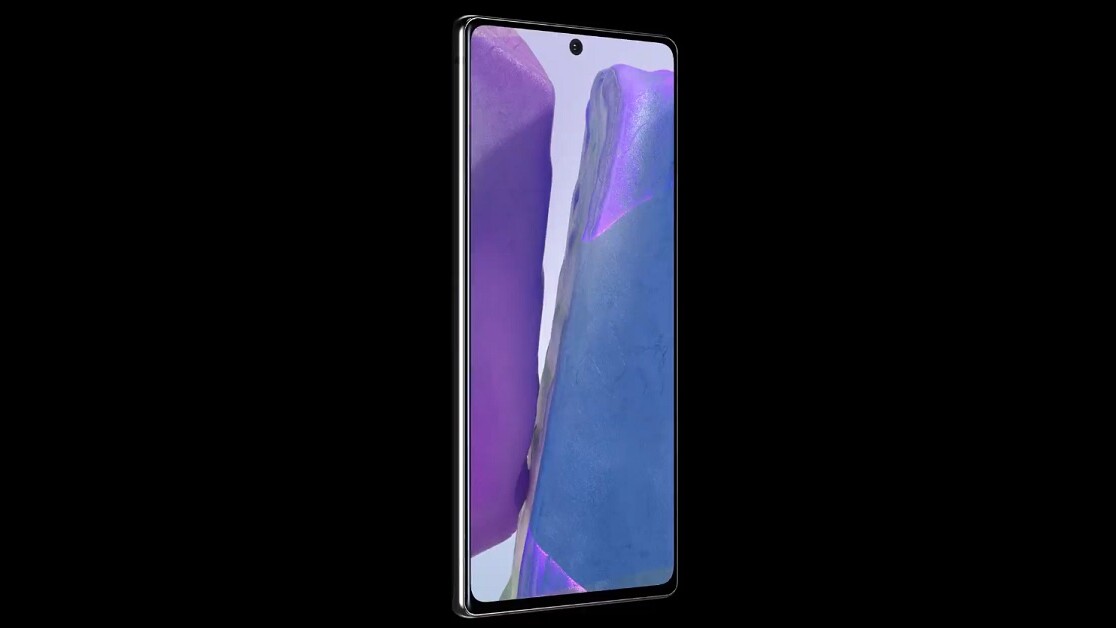 A render of the the Samsung Galaxy Note 20 leaked over the weekend, following in the footsteps of the Note 20 Ultra. It’s our best look at the device yet, at least until it officially debuts in a scant few weeks.

I feel like, with a leak such as this, several hours of exclusivity for Patreon subs should suffice. Many of you have been quite patient. 😊 pic.twitter.com/MqxzlRpD5e

The render comes from tipster Evan Blass, who shows it from every angle in a spin. From what we can tell, it’ll have a flat screen, a thin set of bezels, and a smaller camera than the Note 20 Ultra.  The render also matches up with previously leaked still images of the device from leaker Ice Universe:

The Note 20, along with the Ultra, will make its official debut at Samsung‘s event on August 5. Supposedly the company will reveal five new devices at the event. While we don’t know for sure what the non-Note 20 devices will be, the frontrunners include the Galaxy Watch 3 and the Galaxy Buds Live wireless earbuds. We’ll also likely see the Galaxy Fold 2, which was teased by a tweet from Samsung over the weekend.

It’s certainly not the first sneak peek of these devices we’ve gotten. Samsung itself accidentally leaked the Note 20 Ultra on its Russian site, while images of the Watch and the Buds have also leaked recently.