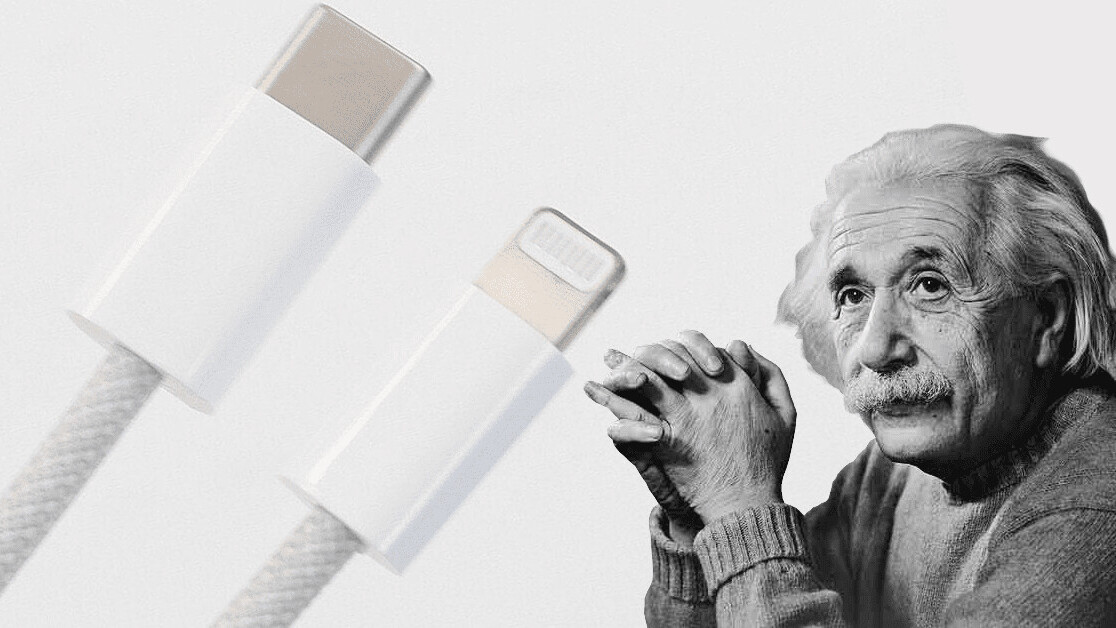 Basically, it’s rumored the iPhone 12 won’t come with a crappy plastic wire. Oh no. Instead, we’re going to get a new braided iPhone cable with USB-C to Lightning connections. You can pump your fists in excitement now.

And, also, because you’re very nice, here’s a photo of it:

iPhone 12 series will be equipped with USB-C to Lightning braided data cable (via. 充电头网) pic.twitter.com/mla5HCKGRU

This is another part of Apple’s overall plan of removing the charger from the box of the iPhone 12 — something I have strong feelings about, but enough of that.

This piece isn’t about me (although, realistically, everything I write is a little bit about me), it’s focused on something else: how much Apple is going to sell the new braided iPhone cable for.

The company is known for its crazy pricing, so I wanted to try and estimate the value they’ll assign to a new cable.

First, I want to look at how much Apple’s current, plastic-coated cables cost. But which type? Well, as the new braided iPhone cables will use USB-C to Lightning, that seems like a good place to start.

Well, we’ve found our opening clue: it’ll going to be more than $19. That, friends, is detective work.

At this point, we should also decide what size of cable we’re going to estimate. In order to avoid a heart attack, let’s go for the 1m new braided iPhone cable.

One way of building from this $19 price is to find out how much extra a braided cable cost on average. For this, I looked to Anker. Its USB-C to Lightning plastic-covered cable sells for $14.99, while its braided counterpart ships for $21.99.

What else? Well, according to ChargerLAB and MacRumors, the new braided iPhone cable will “feature 8 silver contacts with rhodium-plated ruthenium,” a material that’s more resistant to corrosion and something the original cable doesn’t have.

Looking it up, ruthenium goes for about $8.60 a gram, while rhodium sells for around $250 per gram. Still, I’d assume mere centigrams or, more likely, milligrams of rhodium will be used in each new braided iPhone cable.

Despite this, the rhodium-plated ruthenium on the fresh cables will undoubtedly cost a bit extra and, totally unscientifically, I’m going to say around $2. Because why not?

So, adding this onto our price before, we’d get $29.87, but that’s not quite round enough. So I’m going to say $29 instead. That not only keeps it under $30, but also makes it fit in with previous Apple pricing.

Is there anything else we can do to confirm this?

Well, Apple has a little bit of history with braided cables. The company sells a 2M braided Thunderbolt 3 Pro cable for $129 (I know), while it also stocks a regular Belkin one for $79.95.

That’s a 61.35% increase between the standard and pro cables. In comparison, the rise from the regular $19 USB-C to Lightning wire to our estimated $29 mode is only 52.63%. This puts it well within the realms of believability.

Now, there is one instance of Apple producing a braided USB-C to Lightning cable. And it appears with the Mac Pro:

The Lightning cable included with Mac Pro is Type-C and it’s braided. pic.twitter.com/lz571jbngl

But… you can’t buy one of these, so we can’t get a price, unfortunately.

Still, that hasn’t stopped people on Reddit joking about Apple selling it for $49. And you know what? They may well be right — especially if we consider a 2m version of the new braided iPhone cable.

I could totally imagine Apple rounding that figure and selling a 2m “pro” USB-C to Lightning cable for $49. Uncanny.

There it is! A bit of napkin maths to work out how much Apple is going to sell its new braided iPhone cable for. Now we play a waiting game to find out how accurate my prediction is. Anyone fancy a beer?