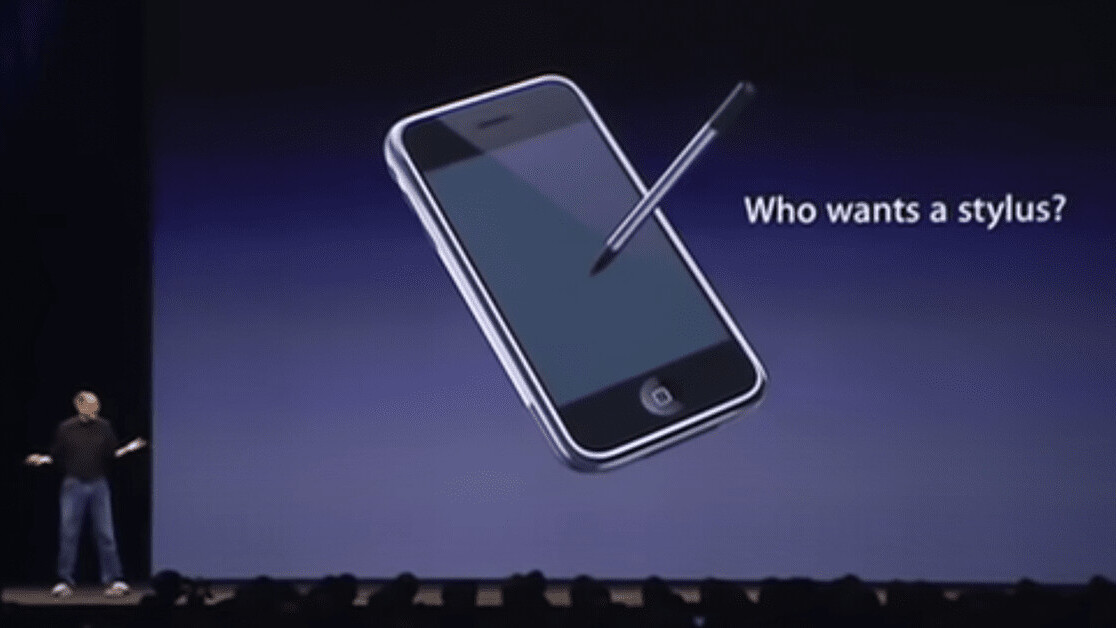 Is this stupid? Damn right it’s stupid, but that’s never stopped me before.

So, Steve Jobs never liked styluses. This began publicly at the launch of the original iPhone, where — when talking about the device’s physical keyboard-less design — he famously asked “who wants a stylus?”

You think that’s it? Well, let me tell you about something else.

It was in a presentation for iOS 4 back in 2010 — and Steve Jobs broke the hearts of stylus fans everywhere. In a rant about the iPad (guess it was more of a chat than a rant, but we’ve got to up the drama here somewhat), Jobs said that “if you see a stylus, they blew it.”

This calls for one thing: a graph. So here it is:

God, this truly is a piece of art.

So, a little bit of methodology. The Steve Jobs anti-stylus mention occurred in 2007 and was from the aforementioned original iPhone launch. While the 2010 mention was from the iOS 4 presentation we’ve already spoken about.

The next two points — 2015 and 2018 — are the launch of the original Apple Pencil and the 2nd generation version respectively. Truly, we couldn’t have seen that coming.

In all seriousness, what can we take away from this graph comparing Steve Jobs poo-pooing styluses and Apple releasing two of its own? Well, not to judge so harshly, I guess.

The first mention was in relation to the iPhone and that still holds up today. We don’t have to use a stylus to write an email on our handset. Thank fuck.

And the second? Well, you can still use an iPad perfectly fine without an Apple Pencil. But there’s a reason artists for millennia have been using implements for creating art, rather than just their fingers: objects can be better and more precise.

So, no, we shouldn’t hold this against Apple, but it sure does produce a dumb graph. And, at the end of the day, isn’t that why we’re all here?