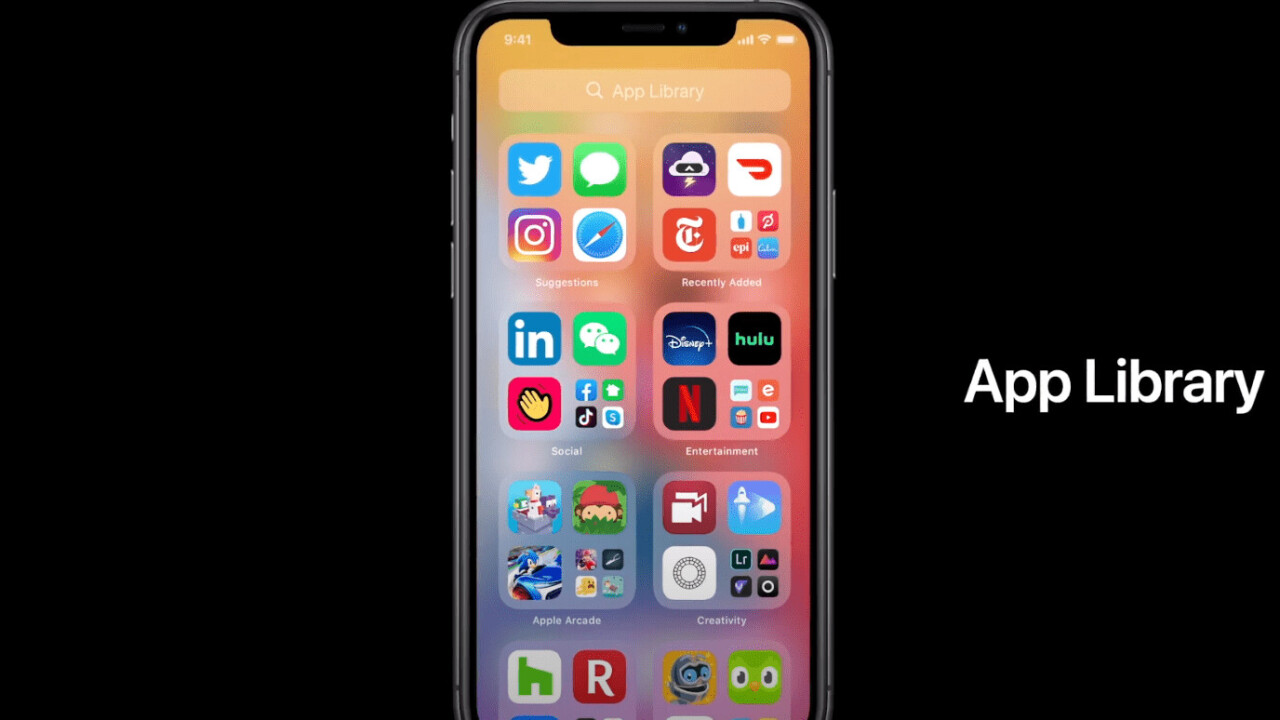 Apple is redesigning the home screen with iOS 14 to make apps easily accessible through a new feature called the App Library.

With this new update, you’ll be able to hide some pages easily with the wiggle view to edit your home screen. Also, iOS will automatically arrange an app in App Library with folders such as Suggested apps, Recently added, Social, Entertainment, and Creativity.

This is not the list view we expected, but its at least a better way to arrange and get through apps than swiping between five pages of apps. Android has had an app drawer for years, but it’s good to see an alternative way on iOS to access apps quickly.

Along with the App Library feature, Apple will also let you add widgets alongside icons. So you don’t need to go to a separate widget screen. There’s also a new “widget library” to discover and add widgets to your home screen. For instance, a smart stack widget will show you a relevant app at the time of the day.